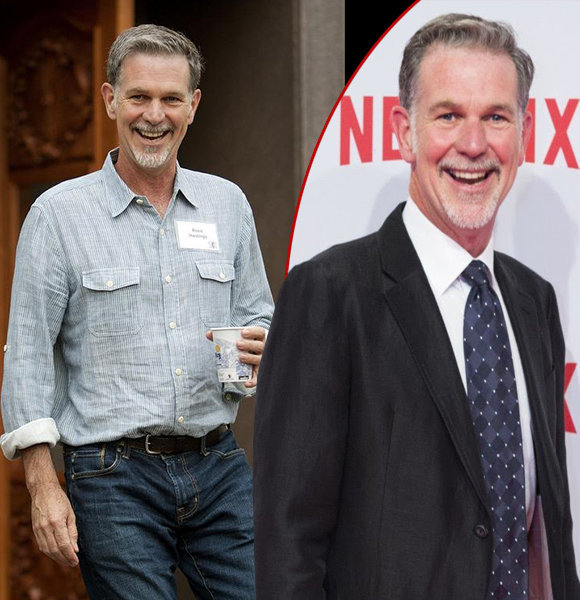 Reed Hastings is the owner and CEO of the world’s biggest streaming service company, Netflix. The entrepreneur has been on the Board of Directors of Facebook since 2011.

In the past, he also founded and owned Pure Software, a software solutions & IT consulting services company. Reed was on the BOD of Microsoft from 2007 to 2012.

Reed has an estimated net worth of around $4 billion, according to Celebrity Net Worth. His wealth does not come as a surprise; he earns a salary of approximately $6 million a year.

Despite being the founder and owner of Netflix, he doesn’t take bonuses or incentives from the company. In the 2018 fiscal year, he took a base salary of $700K and received $35,380,417 in the form of stock.

As for the stats of Netflix, it offers video-streaming services as well as original content in the form of TV shows and movies to viewers. Its annual users are 139 million as of 2019.

As mentioned above, he also owned Pure Software. It was his first company, and he sold the firm to Rational Software in 1995.

Reed is married to Patricia Ann Quinn. He tied the knot with her in 1991, and she has witnessed Reed’s every career success. He has two children. His elder daughter, Molly Hastings, lives a life separate from her father’s wealth and fame. She has a passion for music and is also a vocalist and electric guitarist for her band, Beverly Tender.

In addition to two kids, Reed and Patricia are also parents to their pets: chickens, shelter dogs, and Nigerian dwarf goats.