Dean-Charles Chapman of Game of Thrones Went Shirtless! Is He Gay Or Has A Girlfriend? 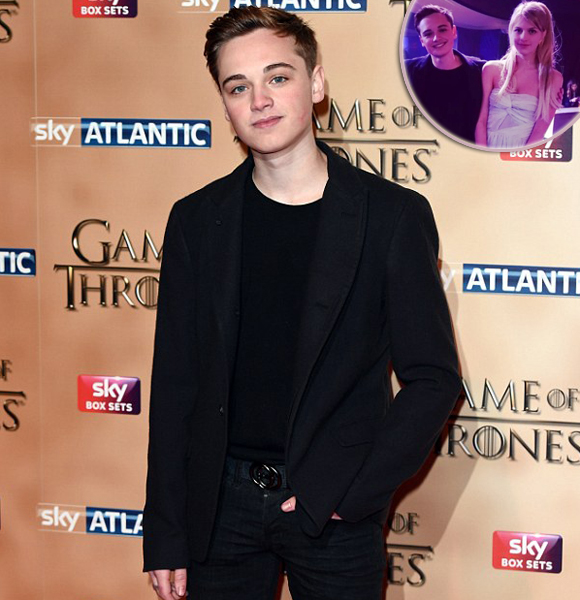 Some celebrities these days try their best to keep their personal life away from the media making their fans question their sexuality. Similarly, Dean-Charles Chapman being a private person, is frequently asked if he is gay or not.

The Game of Thrones actor has been involved in this rumor because of his huge fan following.

Keep scrolling to find out if the rumors are true or false.

Dean-Charles, age 24, is a person who keeps his romantic life hidden from the public view, which has led to him being asked if he is gay regularly. Celebrities like him have been involved in these gay rumors to keep their personal life hidden.

Explore: Maisie Williams Is Dating Her Boyfriend But Also Shares A Kiss With Co-Star! Leaked Pictures To Affect Her In GOT?

However, Dean-Charles doesn't care about the rumors and keep silent about his dating life, sparking gay speculations.

As a result, his fans doubted whether he was gay or straight. Despite several reports to the contrary, he has not stepped forward to deny the suspicions that he is gay.

But his gay rumors were put aside when the stories about him dating his co-star came to highlight.

Is Dean-Charles Chapman Dating His Co-Star?

Dean-Charles and Nell Tiger Free, the on-screen Lannister siblings, Tommen and Myrcella, were reportedly dating one another back in 2015.

The two never confirmed the rumors and reports, but they shared photos on Instagram, adding more fuel to the ongoing rumors.

Dean-Charles and his supposed girlfriend just posted a casual photo, but it was reported that they spent a lot of time together, creating a lot of hype in the media. But if they were dating back then, what is the nature of their relationship now? Are they still dating?

Well, so far, the answer to that is somewhat unclear as they have not seen together lately. Further, Dean-Charles and Nell have not been vocal about their connection through social media either, which leads the fans to speculate that they have parted ways.

It is not even sure if they dated in the past, but we can be sure that they are not dating now. It is because, Dean-Charles's supposed partner is currently dating Dua Lipa's ex-boyfriend, Isaac Carew.

Nell dating Isaac made a headline, but Dean-Charles going shirtless in Game of Thrones created quite a stir in the industry.

Dean-Charles Chapman Getting Shirtless In Game of Thrones

During season 5 of the epic show, Dean-Charles's character Tommen and Natalie Dormer's character Margaery Tyrell were involved in an intimate scene.

And if you missed out on the scene, we have all covered it for you, as the actor relives that again during an interview.

And what better way to hear it from the actor's mouth as- 'what it is was like, during the shoot?'

“It’s not awkward, it might look awkward on screen because of the age difference but it’s pretend, it’s all pretend,” Dean-Charles Chapman and Natalie Dormer during a scene in Game of Thrones S5. (Photo Credit: Express)

He revealed that his co-star made him comfortable because of which the scene went as planned.

“We’re actors, Natalie’s a lovely person, she made me feel unbelievably comfortable. Hopefully she was comfortable with me. But the sex scene and stuff, it all ran smoothly. It’s all planned, we talk about it, it’s a normal day.”

In real life, Dean was just 16 when filming the scene against his 33-year-old co-star.

This show provided him with a tremendous opportunity in his career.

He is famous for portraying the role of Tommen Baratheon on HBO's "Game of Thrones," and he has also made some appearances in episodes of the BBC shows like Cuckoo and Casualty.

He is adamant about not opening up about his personal life, which is why he has not revealed any key details about his parents as well as family life.

Chapman is close friends with his Game Of Thrones co-star Isaac Hempstead Wright, whom he met while working on the show.

In 2019, he was cast as one of the two leads in the Sam Mendes-directed war film 1917, alongside George MacKay.

The film received ten Academy Award nominations and won three of them. Following that, he starred in Eoin Macken's drama Here Are the Young Men as Matthew, with Finn Cole, Anya Taylor-Joy, and Ferdia Walsh-Peelo.

He will be seen in Catherine, Called Birdy.