By LRU Writer | On: April 09, 2019
There are very few people on Earth who would turn down admission to Harvard College for their artistic dream. YouTuber RiceGum is one of those rare breeds... The Las Vegas Nevada-native gets best recognized for the popular YouTube video series "These Kids Must Be Stopped," where he makes jokes at fellow social media stars... 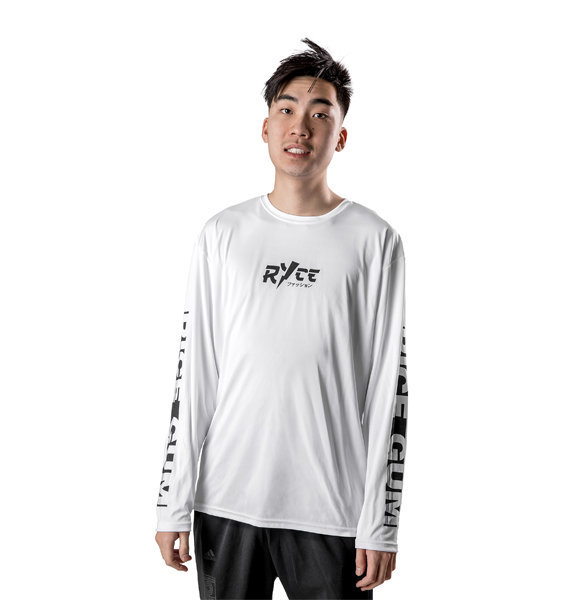 There are very few human beings on the planet Earth, who would turn down admission to Harvard College for their artistic dream. YouTuber RiceGum is one of those rare breeds!

The Las Vegas Nevada-native gets best recognized for the popular YouTube video series "These Kids Must Be Stopped," where he throws jokes at fellow social media stars.

Born in 1996, RiceGum grew up alongside his siblings - a baby sister and an older brother - in Las Vegas. Both of his parents are of Vietnamese ancestry. His real name is Bryan Le.

A Scorpio by birth sign, the YouTube sensation - now age 22 - celebrates his birthday on 19th November every year.

An Asian-American by ethnicity, he is the graduate of Sierra Vista High School, located in Spring Valley, Nevada.

Of all his physical attributes, RiceGum gets most noticed for his lean figure. He stands at the height of approximately six feet (184 cm) while boasting 70 kilograms in weight.

His hair too is equally hit among the ladies. Every now and again, he switches the color of his hair for a fresh new look. That said, his clothing sensibilities don't necessarily always receive the praise it deserves.

How Much Does RiceGum Own In Net Worth?

However, the lack of recognition didn't stop RiceGum from starting his fashion line called RiceGum Clothing. His other notable business endeavor includes his endorsement deal with Monster Headphones.

Likewise, in November 2012, he and the U.S.-based multiplatform online entertainment network, Machinima announced their partnership. Earlier that year, the YouTube star announced his arrival in the world of social media by setting up his Twitter and YouTube accounts.

He titled his very first YouTube video as "Call of Duty: Mw3 Gameplay LifeStory:BabySitting: RICEGUM." And since coming to prominence, RiceGum's popularity extended beyond the video streaming site. In Instagram alone, he boasts over 4.6 million followers.

His popularity, in turn, gets reflected in his multi-million net worth. It is clear why the 22-year-old would, therefore, reject a full scholarship ride to Harvard College.

Besides vlogging, he also dabbled in music in the past. "It's Every Night Sis," his most popular single to date featuring fellow YouTube sensation Alissa Violet, is an RIAA-certified "Platinum" record.

Contrary to the industry gossip, RiceGum isn't a gay individual. That said, he does boast a substantial gay following online.

Many may not know, but the Sierra Vista High School Alum is dating model/Instagram star, Abby Rao. A New Orleans native, Abby is an ambassador for brands such as Fashion Nova and "Unekform." RiceGum vlogs while his girlfriend, Abby Rao puts on a makeup circa Feb 2019 (Photo:- RiceGum's YouTube)

Although there's no timeline of the YouTube star and his girlfriend's dating history, the lovebirds couldn't have begun dating before November 2016.

Nevertheless, RiceGum and his present girlfriend Abby are relationship goals personified. The romance - so far - has been a complete "trip"; In 2019 alone, the duo went on their dream beach vacation in the Bahamas. A month before, they dined at the worst reviewed restaurant in Los Angeles.

YouTuber These Kids Must Be Stopped Abby Rao