By LRU Writer | On: August 06, 2019
FaZe Banks is many things to many people... Delve into his biography to learn about his personal life... To the gaming community at large, he's a worldwide phenom... And to the rest, he's an aspiring musician with a penchant for composing, songwriting and producing... 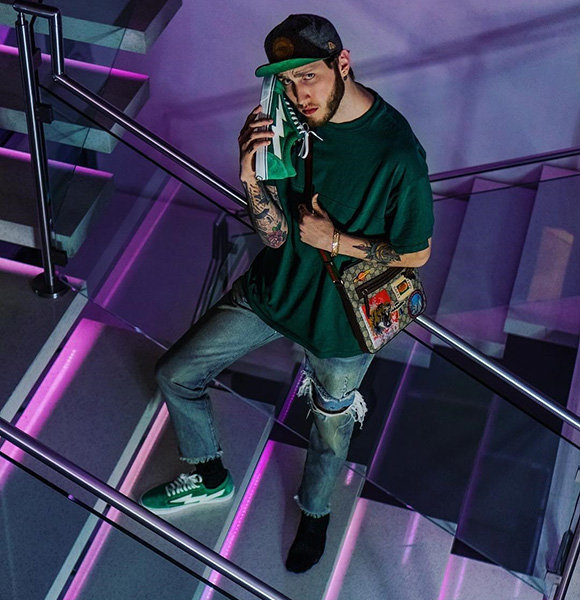 FaZe Banks is many things to many people. To the gaming community at large, he's a worldwide phenom. And to the rest, he's an aspiring musician with a penchant for composing, songwriting and producing.

And well, to his once-girlfriend, the YouTube star was everything. Delve into his biography to learn about his personal life and fortune from the astute business endeavors!

Now age 27, the YouTube personality grew up in Lowell despite being a Lawrence, Massachusetts-native. He completed his school education from Lowell High School in 2010.

With no plans to attend college, FaZe began uploading content on his YouTube Channel BanksHasBank circa 2011. Later, he renamed his channel as FaZe Banks.

An avid Call Of Duty fanatic, the 27-year-old internet sensation earlier videos were about the real video game. Over the next year or so, his videos gained traction as he began to diversify his content by uploading challenge, reaction as well as prank clips.

In 2013, while in Miami, the Lawrence, Massachusetts-native formed the Call Of Duty gaming group FaZe Clan. Besides spearing heading the crew as its CEO, he is also an aspiring musician.

Net Worth Of Another Gamer:- Who Is Dr. Disrespect? A Twitch Star On Rise; Age, Wife, Cheating Scandal

Today, his YouTube Channel boasts little under five million subscribers, making him one of the biggest names in the world of gaming. No wonder, FaZe boasts a reported net worth of $2 million.

Beyond material wealth, FaZe has a lot to show off in terms of physical attributes. If his towering height of six feet and two inches (188 cm) doesn't garner attention than his tattoos sure will.

A heavily inked individual, the Lowel High School graduate's tattoos have their own origin story. For instance, the dagger on her left arm was the result of a game of tattoo roulette in 2017.

Dating Or Engaged - Romance With Girlfriend

FaZe was in a high profile relationship with Instagram star Alissa Violet from mid-2017 to mid-2019. He and his once-girlfriend initially fueled dating speculation after popping up on each other's Instagram.

Several months into their romance, Alissa confirmed the relationship by sharing an image of the two locking lips at the Electric Daisy Carnival. Later that year, she jokingly tweeted about being engaged. Doubling down on her trolling antics, FaZe's girlfriend then changed her name to "Alissa Violet Marie Banks."

As things stood, the duo remained content with dating. But nobody - not even the lovebirds themselves - ruled out the possibility of getting married one day.

Surprising everyone, FaZe and Alissa decided to go separate ways in June of 2019. However, the once-lovebirds opted to keep the split a private affair for about a month.

On 5th July 2019, FaZe addressed the situation with his then-girlfriend via Twitter. Per the tweet, he and Alissa took time off from each other. Admittedly, the decision was everything but an easy task.

Calling fans to respect their privacy, the beloved YouTuber vowed never to speak one bad thing about his ex. Despite the breakup, he claims to love her to death still.

Replying to a follower's tweet, FaZe revealed that the split had been amicable as there was no drama. According to him, he and Alissa took the mature route by handling their separation offline.

A week before confirming the split, FaZe admitted to hooking up with fellow YouTuber Tana Mongeau. It led to a massive fight between him and Alissa, but the pair denied that the spat involved Tana.