By LRU Writer | On: January 13, 2020
Riley Keough is an actress who initially started as a model...she started dating her husband...they got married on..she wore a wedding gown by...she is born to famous parents...her brother is...in the family...she has a net worth of...and her height extends to 5 feet 7 inches (1.7 meters)...the actress was previously dating...wiki reveals her age... 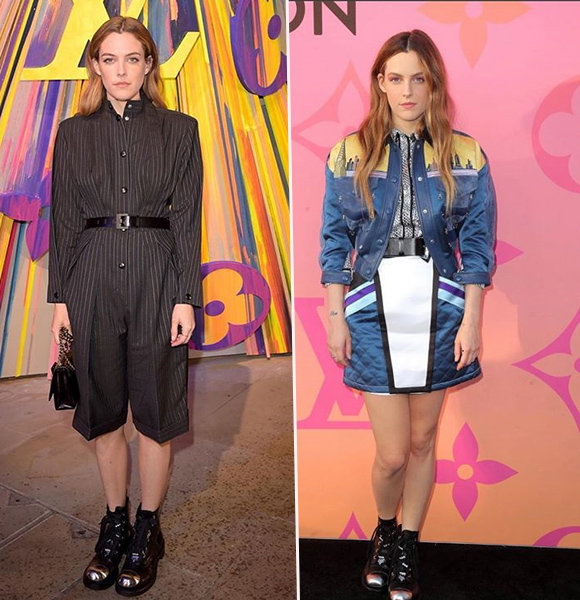 Born to famous parents, Lisa Marie Presley and Danny Keough, Riley Keough wanted to be a model ever since she was six years of age.

She initially started her career by modeling for popular brands like Dolce & Gabbana, as a teenager. Her success in modeling landed her roles in Hollywood, and she went on to star in movies such as Runaways (2010), The Good Doctor (2011), Jack & Diane (2012), and Steven Soderbergh's Magic Mike (2012).

The actress has been married to Ben Smith-Petersen, an Australian stuntman & actor, since 2015. Riley and her husband first met on the sets of Mad Max: Fury Road's six-month shoot in the desert, in 2012. The two instantly clicked, and they began dating.

After seeing each other for more than two years, the couple decided to get married on 4th February 2015 following a 5-month-long engagement.

The pair exchanged their wedding vows at the Calistoga Ranch in California's Napa Valley. The actress wore a white lace couture full-length and fitted gown by Delphine Manivet, with vintage-style buttons and an open back. Her long hair was casually styled, and there was barely any make-up on her face.

Further, some famous celebrity guests to attend their wedding include Kristen Stewart (who read a poem during the service), Dakota Johnson, and supermodels Cara Delevingne and Abbey Lee Kershaw.

Other famous attendees were John Travolta and his wife Kelly Preston, and philanthropist Linda Ramone.

Finally, the wedding was officiated by the music industry veteran Jerry Schilling and dinner was served by the lake for the guests.

The model/actress was previously engaged to British actor Alex Pettyfer for ten months. They began dating in July 2011, and after eight months, Riley and Alex got engaged in March 2012. However, they couldn't keep up, and the two called off their engagement in 2013.

Another Famous British Actress:- Who Is Jenna Coleman Boyfriend Now? Her Dating History

Following the split, rumors of her dating her ex-boyfriend Ryan Cabrera started going around. She dated Ryan from 2006 to 2008.

Also, Riley was rumored to hook up with Robert Pattinson and Nicholas Hoult in 2013 and 2014, respectively.