By LRU Writer | On: June 20, 2019
On the 6th of June 2019, River Kelly Smith tragically passed away in Texas...was three years old at the time of his death...parents Granger and Amber Smith delivered the devastating news... 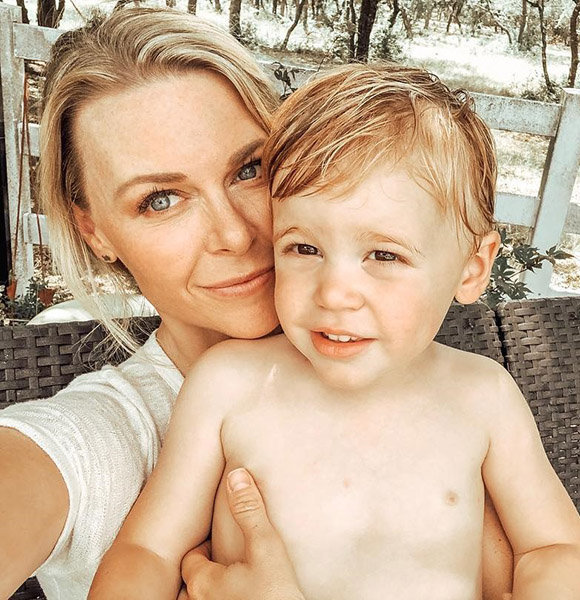 On the 6th of June 2019, River Kelly Smith tragically passed away in Texas. He was three years old at the time of his death.

Via Instagram, his parents Granger and Amber Smith delivered the devastating news.

Calling the death an unthinkable event, Granger revealed the mourning couple's decision to donate their deceased son's organs so that other children can receive a second chance at life. Per the Counrty singer's heartbreaking Insta post, he and Amber took solace in knowing that River was with his heavenly father. On her Instagram message, Amber echoed similar sentiments. Additionally, she asked the fans and wellwishers to "donate to Dell Children’s Medical Center in River’s name," instead of sending flowers and gifts.

No sooner had the news of River's death hit the web, the entire Country music scene began sending messages of condolence to his grieving parents.

Gone Too Soon:- Kim Porter Dies At Age 47; Diddy Kids' Mother, What Is Cause Of Death?

Like River's, Morgan's 19-year-old daughter Emmy's cause of death was due to accidental drowning at home. Emmy passed away in March 2019.

Regarding River's cause of death, The Williamson County Sheriff Department in Texas didn't offer a comment. Interestingly, neither Granger nor Amber divulged the reasoning for his death on their Instagram posts.

Per reports by top media outlets, it was the Country musician's representative, who confirmed the death by accidental drowning news.

Recalling the fateful day, the Country musician claimed that the night of the accident was ordinary. He and his daughter London were doing gymnastics while River and Lincoln, his other son were playing a water gun fight. The next thing he knew, he and his wife Amber were doing CPR on River.

Within minutes, first responders arrived at their Texas home. Even after transporting him to Dell Children's Medical Center, the competent staffs were unable to resurrect River. His parents then decided to donate his organs.

Recounting their time together, Granger then said:-

According to the Backroad Song hitmaker, River would always remain in the family's heart. Asking fans not to pity them, he further claimed that they were going to best lives going forward.

Dearly departed River was born on 16th of May 2016. Four days later, his biological parents shared the joyous news through Twitter.

After his arrival, fans couldn't help but, notice the undeniable happiness that he brought into his father and mother's lives. Adored by all, he was an ever-present figure in both of his parents' social media.

The youngest in the family of five - before his untimely passing - River was siblings with big brother Lincoln and big sister London. The trio forged an unbreakable bond over time. Thus, one can only imagine the pain that Lincoln and London with their younger brother's death.