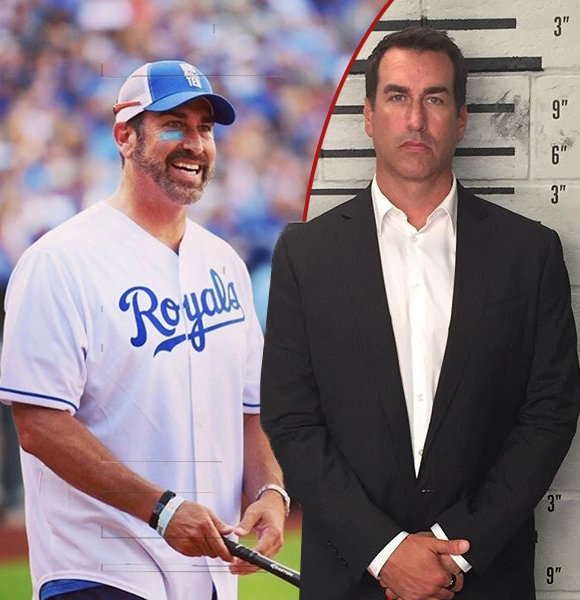 Rob also voiced a character in the movie franchise Hotel Transylvania. And, he provided the voice for Mr.O'Hare in the film The Lorax (2012) too.

Besides, the actor is pretty famous on social media; he has more than 300 thousand followers on Instagram and more than two million followers on Twitter.

The comedian has been married to Tiffany Riggle-an interior designer- since 2000. Rob and Tiffany have two children together: a daughter named Abby Riggle and a son named George Riggle. The Opening Night (2017) actor has a net worth of around $10 million, according to Celebrity Net Worth.

The actor has also appeared in Funny Or Die Presents (2010-2011), which has 100 percent ratings on Rotten Tomatoes.

Age, Education And Some Interesting Facts About Rob Riggle