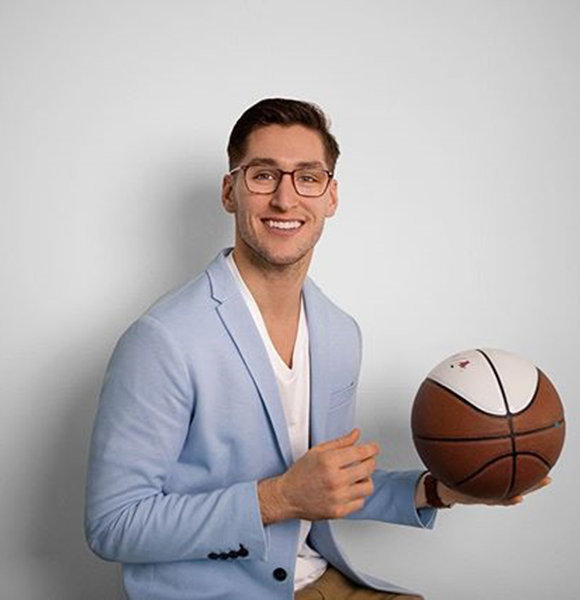 Ryan Arcidiacono is a basketball player who plays for the Chicago Bulls. His career has been a smooth progression from college basketball to the NBA.

Along with his well-going career, his personal and dating life, too, has been great.

Know more about his girlfriend and also about his college life.

Ryan is a handsome young lad, the kind that every girl would want in her life. But, as it turns out, he has already found the one that he wants to be with. Ryan and Kristin have been dating for over two years now, first making their relationship official through an Instagram post on 2 July 2017. They also completed a year of living together on 16 October 2019.

The happy duo spends a lot of time together, celebrating each other’s birthdays and going on vacations, as evident from both of their Instagram accounts.

Ryan attended the Neshaminy High School and played for the school team under coach Jerry Devine. The actual love story between Ryan and the game of basketball began at the University of Villanova. He played for Villanova from 2012 to 2016, during which he helped the Villanova Wildcats win a national title as a senior.

During his time with the university team playing under Jay Wright, he gathered over 1,500 points - a college career that was no less than a fairytale.

After his time in university, he declared for the 2016 NBA Draft and was signed by the San Antonio Spurs.

Ryan currently plays for the Chicago Bulls, who signed him on 25 July 2017. He was initially signed on a two-way contract allowing him to play for Chicago and their G League affiliate, the Windy City Bulls.

Ryan spends a lot of time with his family on vacation, and he also wishes his siblings on their birthdays via his social media accounts. The Chicago Bulls player also has a niece, Avery Smith. She is, as Ryan claims, his number one fan.