By LRU Writer | On: July 09, 2019
Robyn Adele Anderson has garnered fame as the singer in the popular group.. she was raised in New York by her father...her age is...hinted about a possible boyfriend... she earned her place ...during her break from tours...Robyn should have amassed a net worth of... 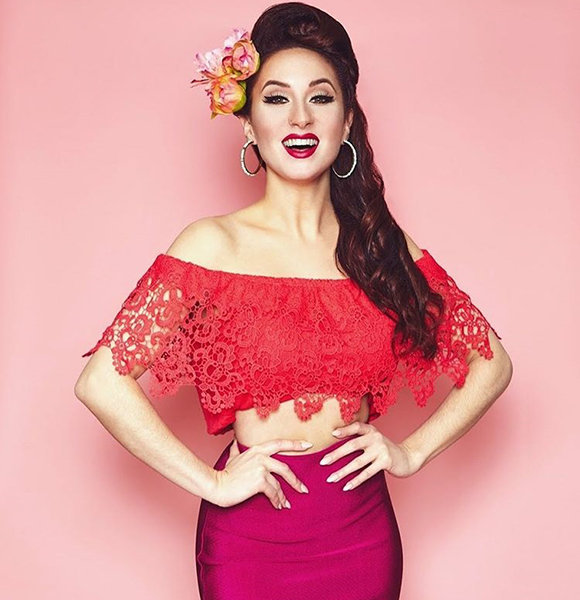 American Jazz vocalist Robyn Adele Anderson has garnered a vast reputation as an original cast member-featured singer in the popular YouTube music group, Postmodern Jukebox. She has millions of fans and views on her music videos.

Robyn sang one of the group's top covers, Thrift Shop, a song by Macklemore and Ryan Lewis. Her version of the track has gathered a lot of applauds and fame.

Robyn - who previously worked for a non-profitable organization called Ansob Center for Refugees - took a jump in her career shifting to the genre-mixing music group, Postmodern Jukebox.

With the band, she has sung some beautiful cover songs and gone on multiple tours. She has already toured five of the seven continents.

During her break from tours and TV, Robyn enjoys singing and acting in New York City’s immersive theaters. Her acting in the theatrical scene includes Ziegfeld’s Midnight Frolic and The Girl Who Handcuffed Houdini.

Robyn also has made appearances on TV shows such as VH1 Morning Buzz, Good Morning America, and many others.

In the year 2018, Robyn decided to move on and start her very own YouTube channel. She quickly gained popularity for her creative singing and authentic recording method. Her most popular covers as a solo artist include System of a Down's Chop Suey and Gorillaz's Clint Eastwood.

Apart from her career as an actor and singer, Robyn is also a pinup model, who sells calendars featuring herself.

Robyn was born on 19 February 1989 in Albany, New York. She grew up in the city with her family that consisted of four members: her father, mother, and half-sister. At the age of 32, Robyn is now an accomplished singer and an intellectual with a major in Political Science and Arabic from Binghamton University.

About her measurements, she stands at a height above 5 feet 5 inches (1.65m) and maintains average body weight.

Robyn's lovelife is a mystery not only to her fans but also to her family & friends. While she often jokes about her will to get married, the singer hasn't opened up on a boyfriend.

On Valentine's Day of 2016, Robyn humored her followers by sharing a picture of her nephew as her Valentine.

Earlier in 2015, she had expressed her plans to get married, but it seems the social media star is yet to find a suitable husband material.

With almost half a million subscribers on her YouTube channel, Robyn's earning ranges between 5K to 84K a year.

Her net worth, though under review, is estimated to have crossed the million dollar threshold.