By LRU Writer | On: March 01, 2021
There are very few actresses active in Hollywood who have mastered the ability to seemingly oscillate from one entertainment medium to the next than Roma Maffia... An ever-present force on both big as well as small screen, Roma has been wowing the audiences using her trademark sophistication and equally charismatic appeal... 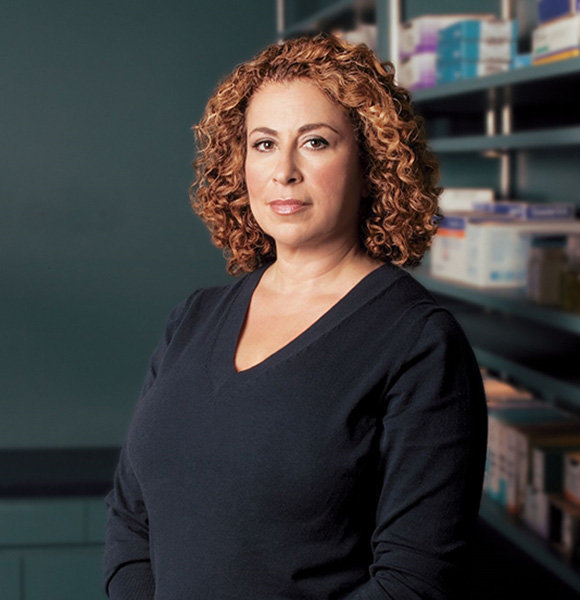 Very few actresses are active in Hollywood who has mastered the ability to seemingly oscillate from one entertainment medium to the next than Roma Maffia.

An ever-present force on both big and small screen, Roma has been wowing the audiences using her trademark sophistication and equally charismatic appeal.

For all her on-screen romances - be it gay or straight - she opts to remain mum about her married life or her husband, for that matter. Delve into Roma's biography to learn about her family, height, age & net worth!

Despite what her last name suggests, she isn't of Italian heritage. Maffia is the surname she inherited from her stepfather, who had adopted her. As for her actual lineage, she is of West Indian, German, and English ancestry.

Not surprisingly, though, Roma - who stands five feet and ten inches (178 cm) - refrains from discussing her ethnicity in interviews as she loathes the intent behind the questions about her family background.

Like her last, the story of how her first name came about is equally compelling. Named after the city Rome, The Paper actress' reveals that her mom picked her title after pointing the spot on the map.

True to her designated name, she conquered the world of cinema with a never-before-seen poise. By her admission, Roma, age 60, takes a lot of pride in knowing that mama Maffia remained her proudest fanatic until her passing.

If her stellar acting catalog served as the source behind her family's pride, then her $1.5 million net worth ought to bring more joy into their lives. None is happier with her current financial position than her brother Joseph Maffia, an accountant by profession.

Married With Husband Or Single? Any Truth To Gay Rumors?

Roma got married to a man named Christian following a brief fling. She agreed to tie the knot out of sympathy upon learning about Christian's cancer, only to get dumped after her husband discovers that his ailment is not life-threatening.

Roma then retaliated by hiring a visually impaired attorney and sued her traitor life partner for divorce.

Sounds too good to be true, right? That's because it is!

The above-stated timeline is the main plot from the series Nip/Tuck's penultimate season starring Roma as Liz Cruz, a gay anesthesiologist, and Julian McMahon as her afore-mentioned disgraced husband, Christian. Roma Maffia and her on-screen husband, Julian McMahon, get married on the fifth season of Nip/Tuck (Photo:- IMDB.com)

Beyond her on-screen love life, the Disclosure actress appears to be single while the gay rumors surrounding her sexuality continue to persist. At present, she is relishing her role as a godmother to a music-loving teenager.