By LRU Writer | On: February 25, 2019
For actress Ruby Modine, success in the show-biz was everything but guaranteed... Tasked with the impossible duty to carry on her parents' legacy, the Shameless star - who grew up idolizing her father and mother - is now a few years away from shattering all the expectations laid on her shoulder... 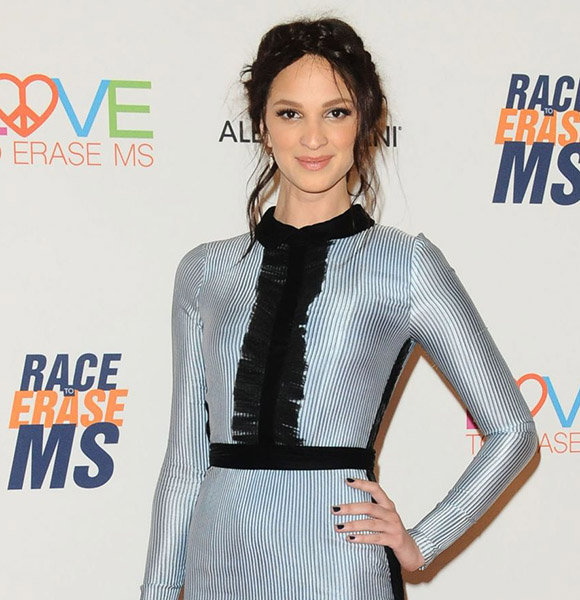 For actress Ruby Modine, success in the show-biz was everything but guaranteed. Tasked with the impossible duty to carry on her parents' legacy, the Shameless star - who grew up idolizing her father and mother - is now a few years away from shattering all the expectations laid on her shoulder.

So, how does she plan to do so while still keeping her dating life afloat? Even if somehow she manages to pull the seemingly impossible, will her boyfriend be okay with that?

Delve into Ruby's biography to find out and get a scoop of her personal life including her nationality & ethnicity!

Since her early age, Ruby - who holds the American nationality - always knew she wanted to take up acting. She didn't even look further for draw inspiration -- her parents' line of work was enough.

Born on 31st July 1990 to an actor father and a makeup artist/stylist mother, the Mia and the Migoo star and her brother Boman's early influences guaranteed that she would one day leave a mark in Hollywood.

To those unfamiliar with her family background, her father, Matthew Modine is a legend in the world of acting, having landed performances in Full Metal Jacket, The Dark Knight Rises, Birdy & Stranger Things. Meanwhile, her mother Caridad Rivera of Puerto Rican descent has applied her trades in Hollywood. A snap of Ruby Modine with her brother and their parents from back in the day (Photo:- Ruby Modine's Instagram)

Despite the rich lineage, Ruby - who is of mixed ethnicity - is all too aware of what it takes to succeed in the industry and it's not solely through God-given talents. In 2017 KTVB interview, the A Visit from the Goon Squad actress - who stands five foot and eight inches in height - explained:-

"My entire life, my parents made it very clear that you have to work hard. You have to focus, you have to study... "

Now age 28, she is just a couple of years removed from finally escaping her father's legacy. While she does her best to make it happen a lot quicker, how will it fare against her dating life?

Dating since 2018, the Los Angeles California-born actress and her model boyfriend have been each other's biggest supporter. No wonder why the latter claim to stepping in the year 2019 with "my plus 1." True to her words, Ruby made a splash when she returned to the big screen in 2019 through the flick Happy Death Day 2U. The film was more or less a successful story collecting $31.2 million against the budget of $9 million.

Given her marketability, the former Gypsi star is sure to grab the attention of top executives employed in Hollywood. If not, she can always count on her parents to help her set up meetings with the people in the know-how.