By LRU Writer | On: January 19, 2020
Romee Strijd is a Dutch model... She is famous as a Victoria's Secret Model...She is married to her boyfriend since...They first met through...Her husband is a...The model was born on...Her parents are...She stands at a height of...and her weight is around...Her workout routine and diet plan include... 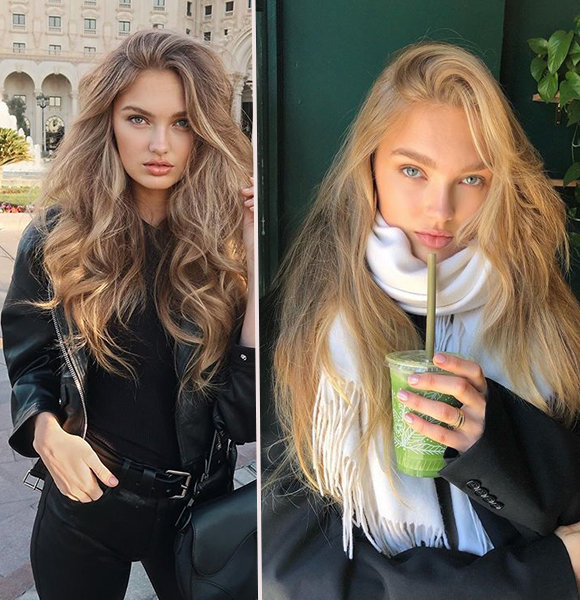 Romee is best known as a Victoria's Secret Angel, and she has also appeared as the cover model for magazines like Vogue UK, Harper's Bazaar, and Elle.

Romee has been married to Laurens van Leeuwen since 2018. The pair first met through Laurens' younger sister when they were just teenagers. Further, they began dating in 2009.

And, after more than nine years of being together, the couple tied the knot in October 2018.

Who Is Laurens Van Leeuwen?

Romee's boyfriend Laurens is a model and business consultant.he is also the co-founder of the clothing line Party Pants.

His father- Bert van Leeuwen- is the host of the TV show Family Dinner. And, Laurens also has a sister.

The Dutch model was born on 19 July 1995 in Zoetermeer, Netherlands. Her family members include her parents: Marcel Strijd and Saskia Bennis, and a sister.