By LRU Writer | On: July 21, 2019
Romelu Lukaku and girlfriend share...a history with wife prospect eludes...is a devout follower of the religion...boasts height and weight of...parents are of... 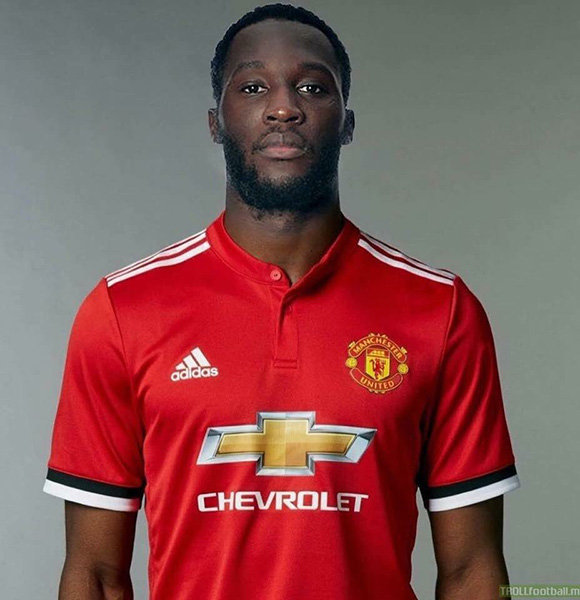 Belgium International footballer Romelu Lukaku announced his arrival to the soccer world after joining Chelsea in 2011. Impressed with his physical stature and goal scoring abilities, the English Premier League side signed him from Belgium outfit Anderlecht.

After loan stints at fellow EPL outfit; West Brom and Everton, the tantalizing forward penned a permanent deal with the Merseyside in 2014. And, ahead of the 2017/18 campaign, he signed for Manchester United.

Upon signing for Manchester United, Romelu penned a five-year deal worth $84.8 million. Per the agreement, he would pocket an annual sum of $17.1 million in salary.

Playing 60+ games in his first two seasons with the Red Devils, the Antwerp, Belgium-native bagged a total of 26 league goals. Despite the stats - ahead of the 2019/20 season - his name got linked heavily with Italian side Inter Milan.

If the transfer goes through, Romelu - who already owns a $20+ net worth - would inadvertently become one of the top paid players in the world.

Of all the attributes, the former Anderlecht player's physical presence in front of the goal gets the most attention. For context: he stands six feet and two inches (1.90 m) in height while boasting 90 kgs in weight.

When not busy scoring goals for his club and national team, Romelu plays father to his son Romeo.

The Manchester United striker and his then-girlfriend of two years Sarah Mens welcomed their firstborn Romeo in January 2019. To witness his son's birth, he traveled to America over Christmas. In doing so, he missed two matches.

Besides parenting a child together, Romelu and his wife prospect Sarah are an enigma as a couple. The lovebirds' dating history continues to baffle the fans and media.

A rare controversy surrounding the soccer player and his girlfriend's romance arose in June 2019. While in LA and ahead of the 2019/20 pre-season, cameras caught him cozy with a mystery woman. Romelu Lukaku chatting with mystery lady while in LA around June 2019 (Photo:- thesun.co.uk)

Several media outlet picked the incident and decided to run with it. But with no further development, the story about Romelu's alleged romance with new boo petered out from the public domain.

Romelu's spat with British tabloids runs deep. Back in 2017, when he refused to accept alcoholic gifts for a man of the match performance, some media outlets ran a fabricated story. In it, they labeled him a devout Muslim.

In retaliation, dedicated fans criticized the tabloids and pointed out the fact that the former West Brom player is the follower of the religion Christianity.

Romelu - now age 26 - was born on 13th May 1993 in Antwerp, Belgium to footballer father Roger & mother Adolphine Lukaku. His parents are of Congolese descent.

Like him, his brother Jordan Lukaku also plays soccer professionally in Europe. The Lukaku siblings have played side by side for the Belgium national team. With regards to education: Romelu went to Saint-Guidon Institute, a high school situated in Brussels.