Rumi Neely Engaged & Married Boyfriend, What Is Age & Who Are Parents?

By LRU Writer | On: January 28, 2019
Since starting her fashion blog called Fashion Toast in 2008, blogger-turned-designer Rumi Neely has become a subject of profiles in magazines such as Glamour, Elle, and Teen Vogue. Additionally, using her model-like height & weight, she has graced the billboards of a list of fashion brands including Forever 21 and Free People... 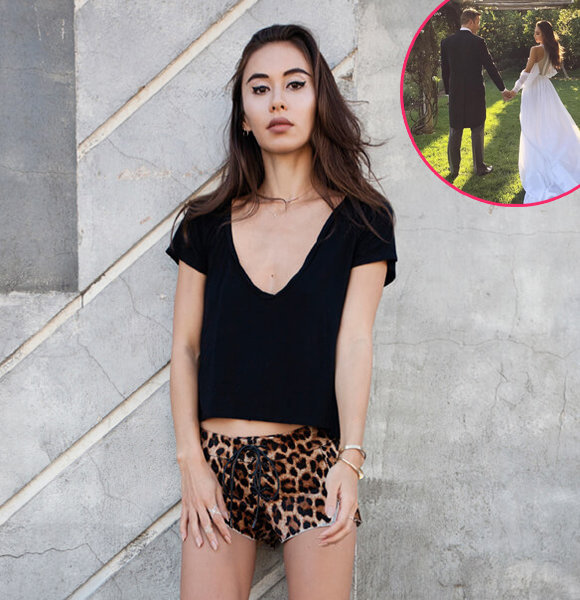 Since starting her fashion blog called Fashion Toast in 2008, blogger-turned-designer Rumi Neely became a subject of profiles in magazines such as Glamour, Elle, and Teen Vogue. Additionally, using her model-like height & weight, she graced the billboards with a list of fashion brands including Forever 21 and Free People.

When she got tired of donning and working for some of the world's biggest brands, she went and founded her apparel line named Are You Am I (a smart play off her name R-U-M-I) in December 2014 with the help from her boyfriend-cum-business partner.

Together, the lovebirds created a clothing line like no other. Boasting A-listers like Kendell Jenner, Hailey Baldwin, and Bella Hadid as its following, Are You Am I is slowly becoming the go-to place for a chic fit for Hollywood's elite.

So, it's only right that Rumi and her boyfriend would bring out the big guns on the day of their wedding!

Rumi (Almost) Bears It All On Wedding Day; Dating History With Boyfriend

Nearly two years after launching her fashion line Are You Am I, Rumi's then-boyfriend Chris Dowson popped the big question to her on 22nd December 2016. Things quickly escalated after that.

Blogger In Our Vault:- Savannah Soutas, 24, Married To Cole Labrant; But He Isn't The Baby Daddy!

In less than a year, the then-engaged lovebirds upped the ante by spectacularly tying the knots at a beautiful wedding ceremony. Held on 14th August 2017 at Santa Barbara's San Ysidro Ranch, the celebratory moment saw the pair dressed in the best attire possible. Rumi Neely gets carried by her then-boyfriend Christoper Dawson after saying yes to his proposal on 22nd December 2016 (Photo:- Rumi Neely's Instagram)

Not taking anything away from Chris' crisp tuxedo, it was Rumi's revealing yet chic gown that stole the show. Skewing not that far away from her traditional roots, the wedding dress - in many ways - fitted perfectly with her brand. All in all, both the fashion blogger and her boyfriend-cum-husband will remember the day that they got married for the rest of their lives.

Many might not remember, but Rumi was previously in a romantic relationship with Colin Sokol. She and her former photographer boyfriend parted ways in 2012, following years of dating.

Her breakup with Colin did very little to hinder her career trajectory. Because by then, Rumi - who celebrates her birthday on 21st December every year - was already a staple in the world of fashion.

Partnering with renowned brands such as Dannijo, Revolve, and RVCA, the New Port Beach California-native became a formidable name. And to think that it had all begun with a passion to blog and an accompanying eBay store called Treasure Chest Vintage is just mind-boggling.

In less than a decade, the San Francisco native - who is no less than a model given her immaculate height of five feet and seven inches & equally good weight - went from blogging about clothes to designing them; from modeling for fashion giants to getting celebrities to model for her.

Born to a Japanese mother and an American father, Rumi, age 36, epitomizes what it means to live a dream.

American Fashion Blogger Are You Am I Christopher Dawson