By LRU Writer | On: September 30, 2019
Vanderpump Rules' very own Brittany Cartwright achieved miraculous weight loss transformation...tied knot in the summer of 2019 at the Kentucky Castle-themed wedding in the bride's hometown...Brittany's longtime boyfriend solidified his commitment by proposing her with a gem of an engagement ring... 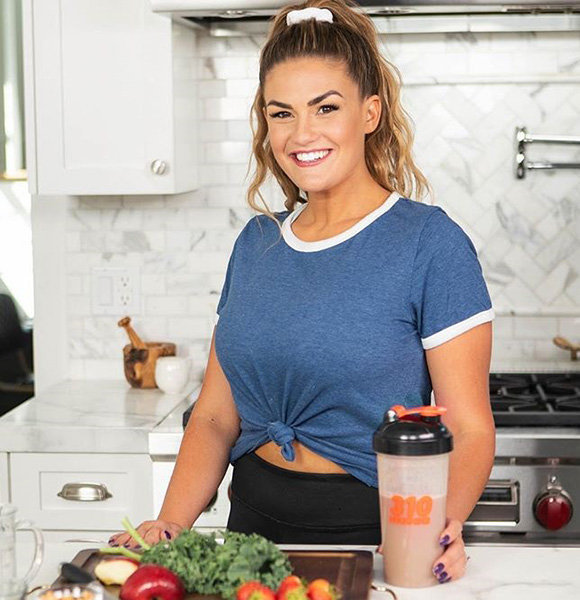 Using all the insults directed at her online - because of the weight gain - as a fuel, Vanderpump Rules' very own Brittany Cartwright achieved miraculous weight loss transformation.

Along with her lover Jax Taylor, who once became the butt end of the fat jokes towards the end of 2016, the reality star has permanently silenced her critiques and trolls.

Together, Brittany and Jax's impressive physiques represent body goals. And, with their fairytale wedding, do they have what it takes to become the "it couple" aka people's go-to "relationship goals?"

Engagement Ring Is "A Gem"

Between the time Brittany, age 30, and Jax first met in Vegas in 2016 to the day of their engagement in June of 2018, the pair's relationship remained somewhat tumultuous.

Nothing typified the troubling nature of their relationship than Jax's cheating ways. Not always faithful, the Michigan native, age 40, admitted to cheating on her with fellow Vanderpump Rules co-star Faith Stowers.

Despite all the drama surrounding their romance, the pair always seemed to make amends by each other. And on 8th June 2018, Brittany's longtime boyfriend solidified his commitment by proposing her with a gem of an engagement ring.

Set to tie the knot in the summer of 2019 at the Kentucky Castle-themed wedding in the bride's hometown, Brittany and her husband-to-be Jax were drawing up plans to make the day as memorable as it can be. Both she and Jax appeared happy as they went cake and menu tasting for their wedding towards the end of 2018. Per sources, the wedding was most likely going to be officiated by "somebody from the church." As for the role of Maid of Honor, Brittany's friends Cara Marie and Zack Whickam were all set to battle it out.

As predicted, Brittany married Jax at the Kentucky Castle on the 29th of June 2019. Lance Bass, American singer & the duo's friend, officiated the fairytale wedding.

The reality stars exchanged vows in front of 240 guests, including fellow Bravo celebs Shep Rose, Lauren Wirkus and Stephen McGee. Jewelry designer Kyle Chan made the weddings band used by the two during the ceremony. Brittany Cartwright and her husband Jax Taylor smile for a wedding photo circa June 2019 (Photo: PEOPLE.com)

On the big day, Brittany donned a Netta BenShabu dress. Her groom, on the other hand, looked dapper in a Jack Victor tuxedo. Twelve bridesmaids at the ceremony wore blue dresses designed by Wtoo by Watters. Meanwhile, thirteen groomsmen opted Jack Victor suits.

Following the event, Brittany and her husband Jax were set to return to LA and plan their honeymoon; either to Jamaica Or Bora Bora.

Back in January 2018, the married duo opened up about plans to not sign a prenuptial agreement.

With media eyeing every move of star couple Brittany and Jax, speculation about their relationship never leaves them.

On August 23, 2019, Brittanys husband Jax was spotted without a wedding ring. As a result, reports started flowing in about their marriage on the rocks. But it turned out that her partner had just taken it off due to his workout schedule.

Moreover, she put an end to the rumors citing,

"We have to laugh about stuff because, I mean, there are articles saying that our marriage is in trouble and stuff like that. I’m like, ‘Oh my goodness we have been so solid. I don’t even worry about it because as long as we’re happy and we’re doing good, that’s all that matters, you know?”

Furthermore, the pair are happier than ever, and they even moved to a new luxurious mansion located in San Fernando Valley. Purchased for a whopping $1.9 million, the Britany and her man's new home features five bedrooms.

With a pool and home automation system in their new home, the couple surely is having the time of their life.

Weight Loss Transformation: Before & After Image

Beginning with her very first season with Vanderpump Rules, Brittany along with her then-boyfriend, Jax drew criticisms as well as mockery because of their negligent weight loss. One of the nastiest jabs at her expense suggested that she might be pregnant with her lover's baby.

Call it perseverance or their sheer dedication to prove their detractors wrong; when the pair returned to the TV through their own spin-off Vanderpump Rules: Jax and Brittany Take Kentucky in 2017, they shook the Bravo universe with their jaw-dropping weight loss transformation. The before and after snaps of Brittany Cartwright's body showcases impressive weight loss transformation (Photo: liverampup.com)

Since then, Brittany has shredded 25 more extra pounds off her body; all thanks to the"clean diet" consisting of "baked chicken & vegetables" and Sweat Garage sessions.