By LRU Writer | On: June 30, 2019
Ryan is a reality TV...Rose to fame with VH's show...opened a shop to honor her his murdered sister and...in a relationship with high school...cheated ted on his girlfriend with...moved past the affair and back together... 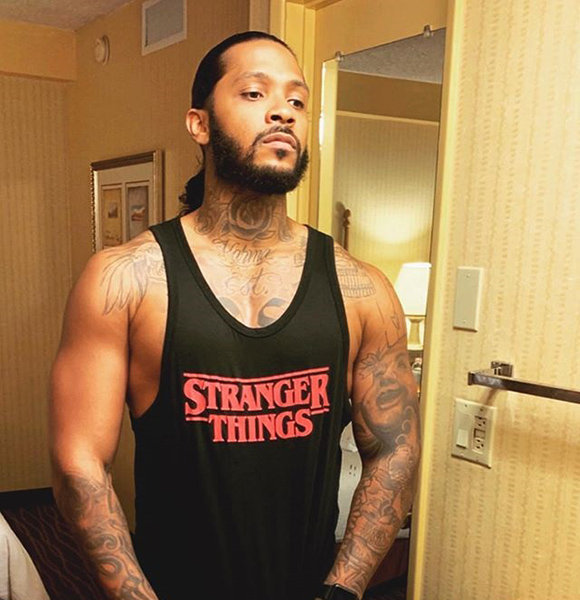 Ryan Henry is a Chicago-based tattoo artist. He is one of those people, who rose to fame with reality TV Show. For Ryan, his ticket to stardom was with VH1 reality series spin-off Black Ink Crew: Chicago.

Besides being part of a reality TV show, Ryan is also a businessman. He owns a tattoo shop named 9Mag operating out of Chicago. He started his establishment in honor of his sister, Nova and his 10-month-old niece, Ava. They were murdered in 2009 by Nova's ex-boyfriend, Fredrick Goings.

Ryan is a successful man in terms of his professional life, but the grace has not transferred over to his personal life.

He was in a relationship with his high school sweetheart, Rachel Leigh. In love with each other and the time spent together, the couple became parents to a son named Mason. He was born on the 2nd of September 2007.

Despite being unmarried, the couple lived as a family with their son in Chicago. However, they broke up around the end of 2017 when Rachel found out that Ryan had an affair with a co-star of Black Ink Crew, Kat Jackson.

After the split with his Rachel; the star cleared up things with a live video on Facebook. In the video, Ryan mentioned that he made a mistake, and nothing physical ever happened between him and Kat. Meanwhile, Rachel went on to have a relationship with R&B singer/songwriter, Jeremih. The affair lived short, but she became pregnant. So, Ryan took her back and also accepted the baby as his.

The star even gifted his sweetheart with a Mercedes Benz on Mother’s day of 2018.

After everything they had been through, at the start of the year 2019, the couple ended their union yet again. And this time, it seems like the break is the last one. Ryan, in his season 5 confessional, final episode, mentioned that being in a toxic relationship is hurtful for everyone involved.

Ryan grew up with family in the city of Chicago. His date of birth is on the 27 May 1986. The 33-year-old is the only son to his parents, Keith and Loni. His other siblings are both sisters, Nova and Jill.

Regarding his family background, Ryan, who is an American, is of African-American ethnicity.

Out of all his endeavor, reality TV presence has made it big for his net worth.

Amassing celebrity attention to his tattoo shop has also helped him amass more than the average salary of $150 per hour. As his business has tremendous growth, his finances have also prospered.

Now, Ryan has an estimated net worth of $1 Million.