By LRU Writer | On: October 21, 2019
American actor Ryan Lee has been in the showbiz...was born...family details a lowkey affair...his long term relationship with his girlfriend is not a secret...stands at the height of...has appeared in many TV shows and movies... 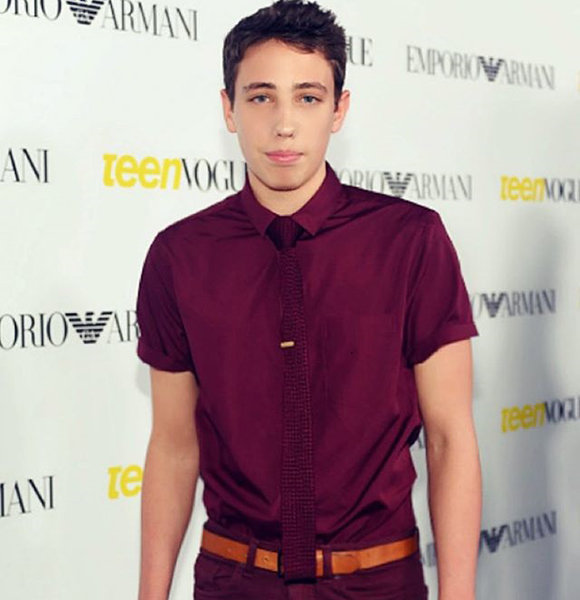 American actor Ryan Lee has been in the showbiz for quite some time now.

He had his first brush with fame at the mere age of 10 from an episode of Friday Night Lights. However, his breakthrough role came in 2008 as Cary in the hit movie, Super 8.

Despite his success in mainstream entertainment, Ryan has remained humble and respectful of his colleagues.

He grew up in a family of four alongside his sister - Lauren. Just like Ryan, his sister Lauren Lee is also an actor - known for her works on movies like My Sucky Teen Romance, Deadland Dreaming, and The Retelling (2009).

Apart from his sister, Ryan has kept his family details a lowkey affair. Therefore, not much is known about his parents. However, he has occasionally tweeted about his parents, especially his dad's sense of humor.

As for his ethnicity, the Super 8 actor boasts a mix of English, Bohemian, German, Danish, and Irish ancestry.

Ryan has been in the industry for over a decade. During his career, he has garnered a significant number of admirers for himself. Naturally, his admirers are always curious about his dating affairs and relationships.

Although the actor is not yet a married guy, his long term relationship with his girlfriend is not a secret. Ryan has been dating his ladylove Odeya Rush for more than four years.

Ryan prefers not to talk about his relationship in interviews, but he does not shy away from showing his love for Odeya on social media. Ryan Lee and his girlfriend Odeya Rush on their vacation in Isreal (Photo: Ryan Lee's Instagram)

Apparently, Ryan's social media is filled with sweet pictures with his girlfriend.

From their visible PDAs on Instagram and a long term relationship, the couple strikes as though they are going pretty strong. Further, it won't be a surprise if the couple pronounces each other husband and wife in the future.

Over his decade long career, Ryan has appeared in many TV shows and movies.

You May Be Interested:- Charles Melton Girlfriend, Parents, Ethnicity, Net Worth

He also had significant roles in movies like Goosebumps, and This Is 40.  Apart from his acting roles in films, Ryan has also worked as a voice actor in numerous projects.

Other than his acting endeavors, Ryan is also famous for his trademark side smile and teeth. As a teenager, Ryan had braces on his teeth, which he got off in 2013.