By LRU Writer | On: October 02, 2019
Dream, Wish, and Believe!..Ryan is not dating anyone...he cute child star couple split in .....toured the U.S.performing their hip-hop-hype genre of music... 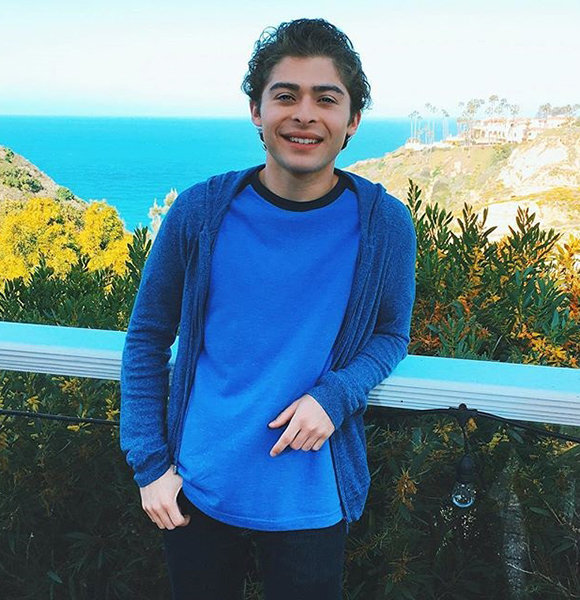 What is your ultimate motto in life? What keeps you driven in what you do?

Dream, Wish, and Believe! That is what I live by. My quote, but it is not just a quote; it is a way of living. It inspires me to be better, pushes me to be great, and reminds me that anything is possible when you “believe!”

Indeed, anything looks possible for the Disney and Nickelodeon TV star Ryan Ochoa. The above are his own words as he spoke in the set of The Samuel Project; Ryan stars alongside Hal Linden, who plays grandfather Samuel in the holocaust-inspired drama.

Ryan is best known for the role of Lanny on the Disney show Pair of Kings.

23-year-old Ryan started his career doing auditions for commercials at a very young age. Interestingly, he was discovered by a talent manager running around his parent's furniture store at only five years old.

With the approval of his parents; mother, Deanna Ochoa and father Robert Ochoa, he did his first national Dairy Queen commercial at the age of eight. Then, his debut first mainstream film Nostalgia came in 2007.

Ryan, with an average height of five feet and 8 inches (1.68 m) tall, has expanded his career with short movies such as A Christmas carol and TV series iCarly. An American actor with mixed ethnicity ( 37.5%Spanish, 25%Italian and others), Ryan got his big break with the movie The Perfect Game in 2009.

Since then, he has done films, series, and episodes including Mostly Ghostly: Have You Met My Ghoulfriend, where he played the leading role opposite Bella Thorne.

Besides his acting career, the rising star is also a band member of the group OchoaBoyz with his three brothers: Rick Ochoa, Robert Ochoa, and Raymond Ochoa.

Together, they have traveled the U.S. performing their hip-hop-hype genre of music. Interestingly, their songs have been featured in three of Ryan’s movies, including Another Day in Paradise. Who’s ready for the new Album? Wait till you hear what we have put together on this one!!

Besides his three brothers, Ryan also has Destiny Ochoa, his 8-year-old little sister, who is already acting and working consistently for Disney Junior.

Thus, the whole family, especially his siblings in the entertainment industry.

Ryan is not dating anyone; it seems he is single and available as the year 2019 heads towards its end. However, a couple of names are attached to him in his romantic endeavors.

Ryan started dating model and singer Ryan Whitney Newman- who played the role of Ginger Falcone- after they met on the set of Zeke & Luther in 2009. However, the star couple split in the same year 2009, after dating only for several months.

Another name that lingered with Ryan is child star Sammi Hanratty, the Pushing Daisies actress. The fans, as well as media, speculated the teenage romance between Sammi and Ryan from 2002 to the end of 2009.

No matter what the past link-up was, the multi-talented Ryan is sure to embark on his romantic journey as he goes on an adventure in his career be it acting, directing, songwriting or being a band member.