By LRU Writer | On: June 19, 2019
Ryan Ross, formerly of the band Panic! At The Disco, is a multi-faceted American musician...He can play the guitar, pen beautiful songs and even sing them effortlessly...The Nine In The Afternoon singer boasts a massive gay following...Before dating Keltie, Ryan shared romantic ties gorgeous TV actress Jack Vanek... 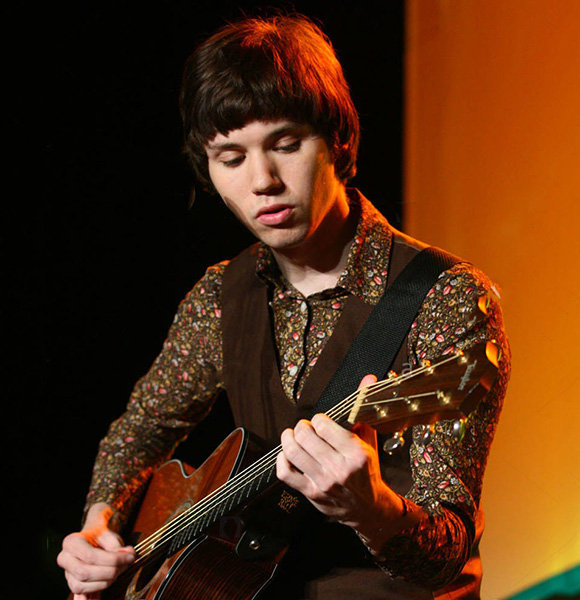 Ryan Ross, formerly of the band Panic! At The Disco, is a multi-faceted American musician. He can play the guitar, pen beautiful songs and even sing them effortlessly.

Influenced by the 60s rock outfits, Ryan and his childhood friends - Spencer Smith, Brent Wilson, & Brendon Urie - formed Panic! At The Disco in 2004. The band's debut "A Fever You Can’t Sweat Out" peaked at #13 on the Billboard 200.

The group's sophomore effort "Pretty Old" surpassed its processor, landing #2 position on the same chart. One of the best projects of 2008, the stated album showcased Ryan songwriting and singing prowess to the fullest.

His Net Worth & New Songs

Following his split from the band, Ryan joined the California-based rock group The Young Veins.

In June 2010, The Young Veins released its debut album titled Take A Vacation! The batch of new songs on the project felt eerily similar to Ryan's previous work, or least that was the consensus.

By 2013, the Bishop Gorman High School graduate was embarking on a solo career. But, his 2-track titleless EP and few other new songs from 2013 no longer exist on Soundcloud.

And, though he hinted a return in 2018, with no substantial project in the pipeline, Ryan's $3 million net worth is running the risk of seeing a decline.

Ryan's musicianship gets reflected on his lyrics. So, does his past relationships.

His once-girlfriend Keltie Colleen was the inspiration behind the songs on "Pretty Odd." He and the Canadian TV presenter were adorable as a couple. Many predicted them to get married as well. However, the lovebirds' three-year-long dating life in 2009 came to an abrupt end after Keltie learned about Ryan's cheating ways.

Ryan's history with women should put the gay rumors to bed. Or atleast, in theory.

The Nine In The Afternoon singer boasts a massive gay following. Not just across the US but, also on the international scale. His popularity among the LGBTQ+ demographic dates as far back as to his stint at Panic! At The Disco.

Both of his biological parents - George Ryan Ross II and Danielle Ross - lacked essential nurturing qualities. His mother left Ryan and his sibling when they were barely teenagers. His alcoholic father wasn't of any help either.

Despite the odds, Ryan made a career. Now, he boasts a hefty net worth with his five feet and ten inches (1.78 m) height. Also, the 32-year-old garners 74 kilograms in weight and rocks dark brown hair.