By LRU Writer | On: March 10, 2020
Sabrina Bryan, whose real name is Reba Sabrina Hinojos, is an American actress, reality TV personality, singer, and producer...is married to Jordan Lundberg...married her husband in October of 2018...is now pregnant with the couple's first child...has mixed ethnicity from her Mexican father and Caucasian mother...owns a net worth of around $2 million... 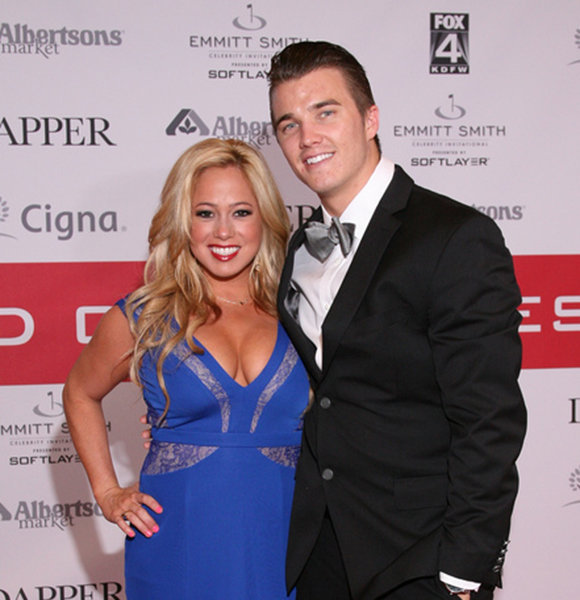 Sabrina Bryan is an actress, pop singer, and reality TV star. She rose to fame after her appearances as Alisa Cordova in the TV series, The Bold and the Beautiful, in 2002. She also appeared in the TV show, Fish Hooks on three episodes between 2010 and 2012.

In her music career, she is famous as part of the Cheetah Girls. She has released many albums with the Cheetah Girls, along with two albums as a solo artist: Byou (released on the 17th of January 2006) and Byou 2 (released in 2009).

Sabrina is in a marital relationship with Jordan Lundberg. They started going out from around 2011.

Another The Bold and the Beautiful actress:- Linsey Godfrey Husband, Children, Net Worth

Then, after nearly six years of dating, Jordan proposed in April of 2017.

After more than one year of the proposal, the couple got married. They held their wedding at Wayne Newton’s home in Las Vegas on the 6th of October 2018. On the 6th of March 2020, after almost two years of their marriage, the couple announced that they were expecting their first baby together.

During an interview with People magazine, who was the first one to reveal this news, Sabrina said that she first knew that she was pregnant on New Year’s Eve 2020.

Before she started dating her current husband, Sabrina went out with her Dancing With The Stars co-star, Mark Ballas. She was his first celebrity partner on the show, and they worked together in season 5.

Another DWTS Star:- James Van Der Beek Children & Wife Info, How Much Is His Worth?

They tried dating each other after they were eliminated from the show in 2007. However, their relationship didn’t work out.

According to Celebrity Net Worth, Sabrina has an estimated net worth of $2 million.

Sabrina Bryan was born on the 16th of September 1984 in Yorba Linda, California, the United States. Her parents are Fred Hinojos, who is Mexican, and Kathy Hinojos, who is of Caucasian descent.

She has a sister named Starr.