DWTS' James Van Der Beek Children & Wife Info, How Much Is His Worth?

By LRU Writer | On: December 04, 2019
James Van Der Beek is an actor, writer, and producer most famous for appearing in...also took part in reality TV show Dancing With The Stars...has married twice in his life...divorced from his first wife in 2010...married his second partner Kimberly...has five children with Kimberly...has a net worth of $8...was brought up in a family with two siblings...stands at a height of...has worked in many movies and TV series... 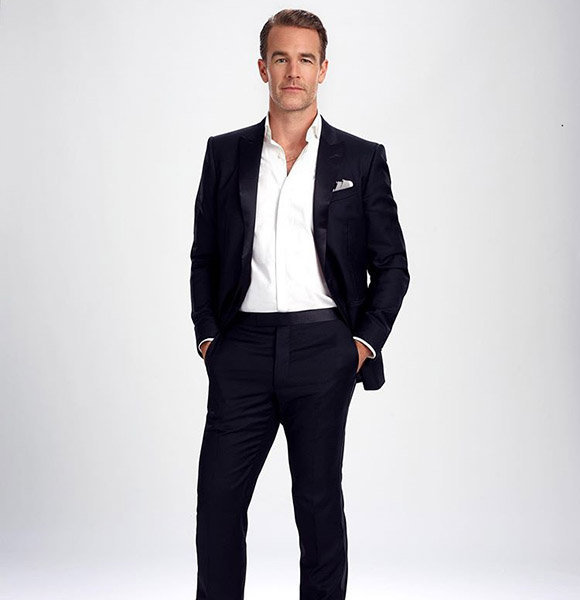 Dancing With The Stars has hosted a lot of celebrities since its initiation in 2005. And, among these celebrities is James Van Der Beek.

James - who was a contestant in the 2019 edition of the reality TV series - is a writer, actor, and producer. Starting his career at the tender age of 16 in New York, he has gone on to work in various high-value movies and TV shows such as CSI: Cyber, Mercy, Criminal Minds, and most famously Dawson’s Creek.

James has married more than once in his life. The actor’s first marriage was with another show business personality, Heather McComb.

The ex-couple got engaged in early 2003, and they tied the knot on 5th July 2003. During their time as a married couple, the two didn't parent any children, which made it easier for them to call it quits in April 2009. James filed for a divorce in the fall of 2009, after which the couple got legally separated on 3rd June 2010.

Nevertheless, James and Heather did not have any bad blood between them as they remained friends even after the separation.

James isn’t the one to hang around and stay single for long. Soon after his divorce, the actor started a new relationship and even got married for the second time.

The actor exchanged his marital vows with Kimberly Brook, now Kimberly Van Der Beek, on 1st August 2010 after dating for only a few months. The couple held their wedding ceremony in Tel Aviv, Israel, which was also the place they met each other for the very first time.

The reason for the pair to get married so quickly was because Kimberly was pregnant with the couple’s first of many children at the time of their wedding,

James and Kimberly have five children in the course of their 9-year long relationship, which is still going strong to this day. The children's names are Joshua, Olivia, Annabel Leah, Emilia, and Gwendolyn. Further, the couple was happily waiting for their sixth child - a baby boy - to come into the world in November 2019. Sadly, their joy turned to ashes when James' wife suffered a miscarriage later that month.

James talked about his wife’s miscarriage in Dancing With The Stars stage, and Kimberly, too, addressed the incident on Instagram. She even revealed that she almost lost her life during the emergency.

Active in show business since 1986, James has been able to collect a decent net worth through his hard work and dedication. He has worked in movies and TV shows along with reality TV series and competitions such as Dancing With The Stars.

He owns a net worth of around $8 million as of December 2019. Salary figures from all of his work are not disclosed yet. However, it is known that James took a payment of $200,000 for his role in Varsity Blues (1999). Similarly, he took home a decent paycheck of $3 million for his work in Texas Rangers (2001).