By LRU Writer | On: December 26, 2019
Sally Field is an American actress known for her decade long service to the American film industry ... She is the daughter of a famous actress... and she was... by her stepfather...She was married... times... Her children are...She has a net worth of... She won an Oscar for... in... 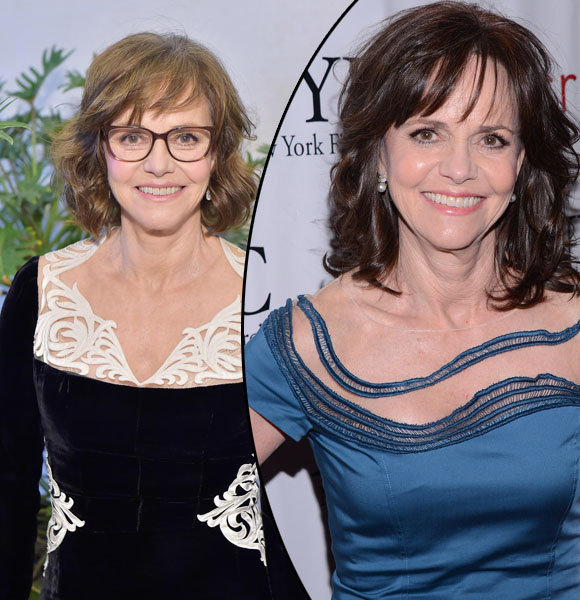 Born to a former actress - Margaret Field, Sally Field is one of the most successful Hollywood actresses of all time. She was also the recipient of the Oscar Award in the best actress category for her role in Norma Rae in 1979.

Margaret released her autobiographical book on 18 September 2018 titled In Pieces - in which she bared it all about her life, including the sexual abuse she endured as a child from her stepfather.

Talking about her marital status, the actress is a two-time divorcee - who is single now and is very much open to dating.

The Where the Heart Is (2000) actress was initially married to her high school sweetheart Steven Craig in 1968 and the pair had two children together: Peter Craig and Eli Craig. However, their marriage didn't work out and the couple divorced in 1975 after their seven-year-long marriage.

Further speaking of her oldest child, Peter - born in 1969 - is a novelist and screenwriter, known for two Hunger Games films.  He also wrote Bad Boys for Life & the new Top Gun Movie; both releasing in 2020. Moreover, Peter is also working on Gladiator 2. Moreover, his novels include The Martini Shot, Hot Plastic, and Blood Father.

Likewise, Sally's other child with Steven, Eli is an actor, director, and screenwriter. Some of the movies that he directed include Netflix Little Evil (2017) and Zombieland (2013). Sally Field with Burt Reynolds on the sets of Smokey and the Bandits in 1977 (Photo:thesun.co.uk)

Though their relationship didn't work out in the end, Sally and Burt shared an intense connection and in 2016, Burt even admitted that Sally was the love of his life and their split was the biggest disappointment for him.

This Might Interest You:- Who Is Taylor Russell Boyfriend? Her Dating Status, Family Details

However, the marriage couldn't last and the pair divorced on 24 June 1994 and went their separate ways.