By LRU Writer | On: March 05, 2019
It is no surprise Sam Huntington became an actor. After all, acting is in the Being Human actor’s blood, his mother Christen Stabile and honorary Oscar winner Great uncle, Ralph Bellamy are actors. On top of that, he is also married to an actor. Read on to find out about his actor wife...Since then Sam of height ... 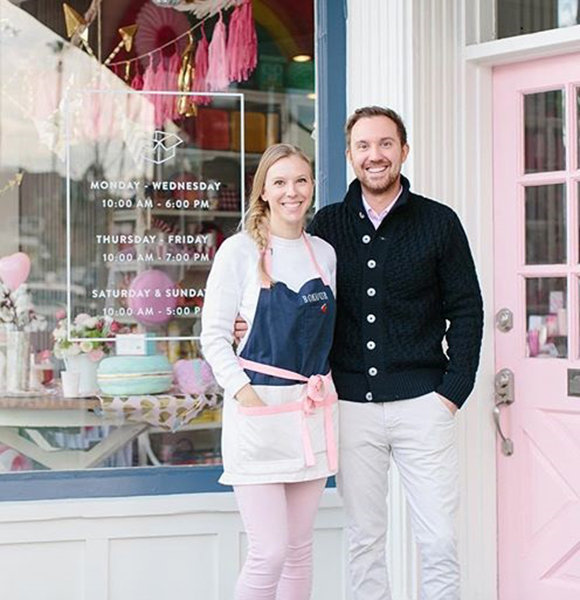 It is no surprise that Sam Huntington opted to become an actor. After all, acting is in his blood; his mother, Christen Stabile and honorary Oscar winner Great uncle, Ralph Bellamy both are reputed actors.

On top of that, he is married to an actress. Read on to find out all about his wife, family, and children!

Sam of age 36 is married to Fresh Orientation actress, Rachel Klein. The couple had their wedding ceremony on 12th August 2006.

After being together for twelve years, the couple is still stronger than ever. In their love nest, the Not Another Teen Movie actor and his wife have two children- a son and a daughter. More than a decade’s togetherness is a rarity in Hollywood. The secret of their bond can be traced back to their initial meeting. So, how did they meet?

Well, it was meant to be. Rachel was studying at the University of Texas in Austin when she found out about a movie audition. Although not a theater major, she still decided to go for the audition.

Little did she know, the budding actress would find the love of her life in the same movie’s set. Rachel and Sam met on the set of Rolling Kansas where Rachel played his on-screen love interest. Soon, after the movie wrapped up, the couple started dating officially.

In February 2005, Sam asked her to be his wife in Santa Barbara in front of his parents and the whole family. And no points for guessing! She said yes obviously. Little after the couple’s engagement, luck shined on Sam; he was cast in a highly ambitious Hollywood movie Superman Returns. He played the role of Jimmy Olsen, a reporter who worked along with Clark Kent in the superhero movie.

Meanwhile, Rachel acted in Auschwitz: Silent Witness. She moved forward with her other creative choice, i.e., direction. A bonafide director, her plays include More Than All the World, Tink! , Coming: A Rock Musical of Biblical Proportions and more.

His Net Worth Plus Bio Facts

Sam was born on 10th April 1982 in Peterborough, New Hampshire, USA. Born to an actress- theatre owner mother he started his journey in acting quite early. At the age of nine, he had his stage debut in his mother’s theatre production.

Well, he landed as an agent, and soon the acting jobs started coming his way. He landed his first job in a TV movie, Harvest of Fire.

Since then, Sam of height 5 feet 10 inches (1.78 m) didn’t look back. He acted in a dozen movies and TV shows. His memorable works include Jungle 2 Jungle - featuring Tim Allen, Fanboys with Kristen Bell and The Magic School Bus.

Today, his net worth lies at the point of $2 million.