By LRU Writer | On: May 30, 2019
English actor Sam Swainsbury has been in the entertainment industry for a while. However, the audience started feeling his presence quite recently...His girlfriend turned wife...will keep increasing his net worth... 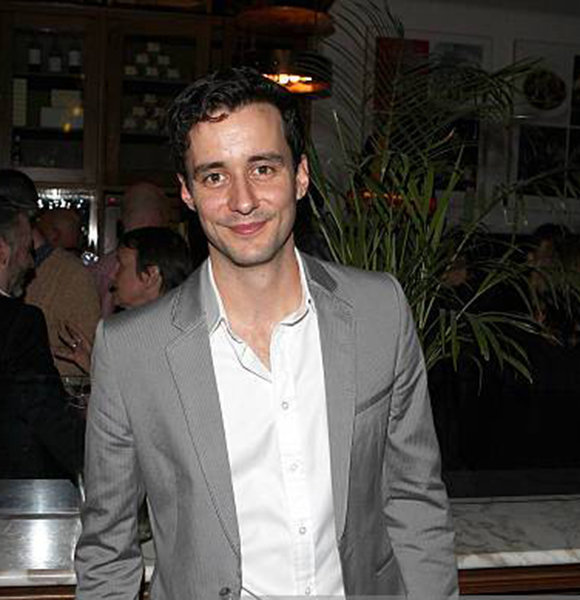 English actor Sam Swainsbury has been in the entertainment industry for a while. However, the audience only felt his presence quite recently.

San won everyone’s heart in 2016 with the TV show, Mum with his portrayal of Jason. He built on the connection with ever-improving seasons of the show. By the time the show concluded in 2019, the actor was among the favorite performer of the program.

Besides, he also portrayed a small but memorable role of Dr. John Snow in the Emmy nominated drama Victoria in 2019.

Sam celebrates his birthday on 23rd August every year. Courtesy of his day of birth, the Fearless actor boasts the sun sign, Virgo. He was born in Colchester but got raised in Halstead, England.

Well, he credits his primary school teacher for his career. It was his educator at Holy Trinity School who pushed him towards the path of performing. She convinced him to perform on stage, which was noticed by Sam’s parents.

Realizing their son’s potential, the Fisherman's Friends star’s parents encouraged him to join theatre workshops at The Quay Theatre in Sudbury. And, he grabbed the opportunity with both his hands.

However, post completing the training, he didn’t get work right away. The actor did several odd jobs like nannying to stainless steel fabrication before he started booking shows.

Well, his TV shows and movies include Thor: The Dark World, Fearless, Annie Waits, The Cannibal in the Jungle, Harley Street, Jekyll, and Atlantis, to name a few. He also worked in several theater productions namely The Twilight Zone, The Meeting, A Midsummer Night's Dream, Far from the Madding Crowd, Privates on Parade, Hysteria, The Rivals, Hay Fever, The Taming of the Shrew and When Did You Last See My Mother?

With his increasing profile in the entertainment business, there is no doubt he will keep increasing his net worth. Sam - a full time working actor - makes an average salary of $50,175 per year, which adds to his undisclosed net worth.

Who Is Sam’s Wife?

Sam is married to Lisa Kerr since 9th May 2016. His girlfriend turned wife is also an actress. She also works as a voice-over artist. With the rising career of Call the Midwife actor, his wife supports him all the way. On 15th April 2019, she posted the promotional piece of Victoria on Instagram and encouraged her followers to watch it. Interestingly, Sam’s brother-in-law, Kerr Logan also worked in the show. While supporting her husband, Lisa shouted out her brother as well. Sam’s family seemed to be filled with talented actors.

Besides his wife, the Brit also has other particular individuals in his life. The people in question are his parents. He regularly flaunts spending time with his parents on Instagram.