By LRU Writer | On: October 31, 2019
Samuel Larsen is someone who fits into many introductions...best known for winning... very open about their love life...the couple does not seem to shy away from...was born...earned quite a hefty sum as his net worth...very passionate about Tattoos... 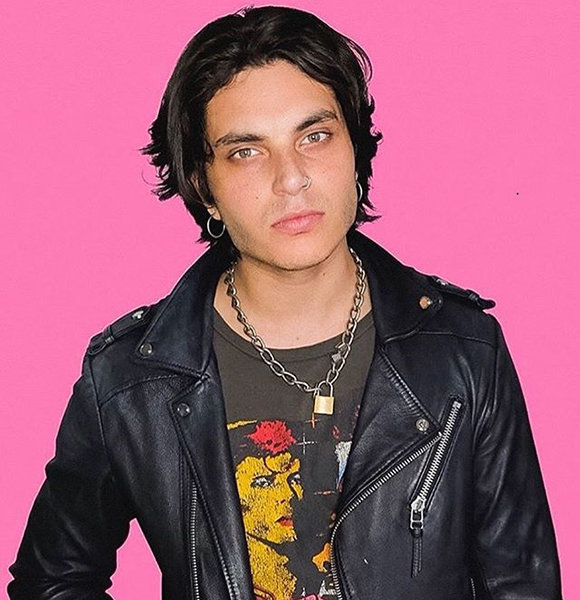 The multi-talented personality Samuel Larsen is someone who fits into many introductions. He is an actor, singer, musician, and model.

Samuel is best known for winning The Glee Project in 2011 and landing the role of Joe Hart on Glee in 2012. He has also had roles in critically acclaimed movies like Recovery and After.

Apart from acting, he is also a member of the band, Bridges I Burn.

Who Is Samuel Larsen Dating? Girlfriend

Samuel is among those celebrities, who have been very open about their love life. Hence, his relationship with Legion actress Vanessa Dubasso is not a secret. Although not much is known about how the couple met, their relationship rumors started at the beginning of 2018.

The actual confirmation of their relationship came in October 2018 from Vanessa's Instagram. As of now, Samuel and Vanessa seem to be going pretty strong. Further, the couple does not look to shy away from showing their love for each other.

Samuel seems to be madly in love with her girlfriend. However, she was not the only one in his life.

In 2011, Samuel started dating actress Scout Taylor-Compton. The two were spotted together on various occasions but eventually parted ways after dating for about two years.

As for the gay rumors regarding Samuel, they seem to surround everyone these days. However, his relationships throw all such talks out of the question.

He is the youngest child to his parents: Henrik and Lupe Acosta Larsen. He grew up alongside two older siblings; a brother named Manolo and a sister, Morgan.

You May Like:- Tyler Young Dating, Girlfriend, Family, Net Worth

Samuel developed an interest in music from a very young age. He started playing drums since he was three years old, his father had to break the drum stick into two halves so that his little hands could hold them properly. Samuel's family has always been very supportive of his career.

As for his education, he graduated from Murrieta Valley High School. During his school days, he was a part of the school band ‘15 North.’

During his decade long career in the industry, Samuel, of height 6 ft (1.83 m), has established himself as a talented singer and an actor.

His first brush with fame was as a contestant on season 9 of American Idol in 2010. Unfortunately, he was eliminated during Hollywood Week. But eventually, he did win The Glee Project in 2011- which paved his way toward fame.

After that, Samuel has appeared in many TV shows and films. His credits include Recovery, After, The Breakup Girl, Disconnected.

Even with a successful career in acting, Samuel never gave up his career in music. He joined hands with Skip Arnold and launched the band Bridges I Burn.

Over his career, Samuel has earned quite a hefty sum as his net worth. Although the exact figure remains under wraps, he probably makes more than the actor's average salary of $ 50,000. Further, he also receives a significant amount from his music and modeling career.

Apart from his love for acting and music, Samuel is also very passionate about tattoos. He has exciting tattoos inked all over his body.