By LRU Writer | On: March 01, 2021
Sandra Endo is a darling general assignment reporter of KTTV’s Fox 11 News and Good Day LA...Sandra is a happily married woman...In terms of her husband’s identity, there is a catch... 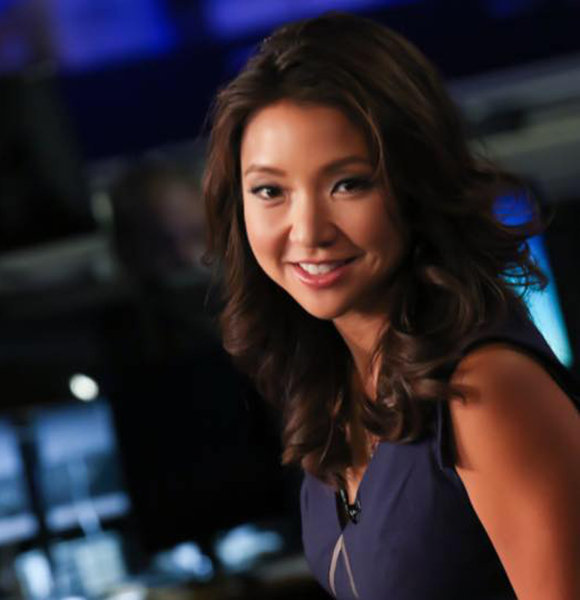 Sandra Endo is a darling general assignment reporter of KTTV’s Fox 11 News and Good Day LA. Before joining the LA-based network, she worked for CNN in Washington, DC, where she spent five long years.

Well, one of her prominent works with Fox 11 News was covering the Woolsey Fire which burned over 96 thousand acres in LA and Ventura Counties in 2018.

Sandra celebrates her birthday on 16 August every year and ages 41 as of June 2019. She was born to a first-generation Japanese-American family. Thus, she boasts a Japanese ethnicity.

Being a minority in the US, she gives back to her community via actively engaging in the Asian American Journalists Association.

Well, she took her first steps towards her journalism dream by joining New York University. There, she took Politics & Journalism and graduated Magna *** Laude.

Sandra didn’t stop there; she got selected as a Loyola Law School Journalist Fellow.

It is no surprise that the journalist did well academically as she was also a Van Nuys Math Science Magnet graduate - a prestigious program in her high school.

Besides, her current KTTV network and past CNN, she also worked in NY1 previously. As a journalist with considerable experience, she earns a salary of $82,424 per year, which adds to her undisclosed net worth.

Sandra is a happily married woman. In terms of her husband’s identity, there is a catch.

Well, she posts about her husband on social media, but the pictures are always taken in such a way that his face cannot be seen. Thus, Sandra shares details on her husband but not enough to invade his privacy.

The Fox 11 News host is a mother to two bundles of joys. Her first baby girl was born on 13 October 2014. The child named Summer was born prematurely but turned out to be a healthy baby.

Sandra enjoyed her motherhood to the fullest and even flaunted the joys of the blessed job in her social media. Thus, she chose to expand her family by adding another baby in the brood. On 9th March 2018, her baby boy Duke was born. As the journalist’s baby bliss doubled, her activeness on the internet has also increased. She has continued posting pictures of her family on various social media platforms.

On 25th December 2018, she posted a picture with both her babies in her arms and captioned the photo that she had everything she ever wanted with her. Even after having a complete family of her own, Sandra hasn’t forgotten her parents.

Well, she also keeps flaunting her guardians on social media and doesn't miss a chance to showcase her unconditional love towards them.