By LRU Writer | On: March 03, 2021
Sarah-Jane Mee is a sportscaster...presenting The Sarah-Jane Mee Show on Sky News...engaged to businessman boyfriend, Ben Richardson...proposed to his girlfriend of 16 months during a Christmas party...As of 6 January 2020, Sarah was 16 weeks pregnant...born to Lynda and Tom on 10 July...sister is an independent consultant at...stands at a height of... 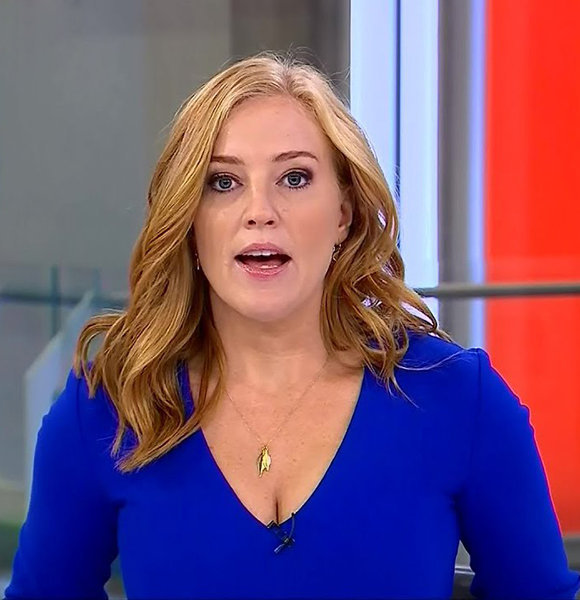 Sarah-Jane Mee is a sportscaster and Sky News presenter. She has been presenting The Sarah-Jane Mee Show on Sky News since October 2019. It runs from 2 pm-5 pm from Monday to Thursday.

One of the UK’s most versatile television and radio presenter, she has fronted entertainment and consumer shows in addition to live news, sports, and current affairs programs.

The TV presenter is engaged and pregnant with her businessman boyfriend, Ben Richardson. The couple did an exclusive interview and photoshoot with HELLO! Magazine in early January of 2020. Sarah and her fiance revealed that they were engaged to be married. Ben proposed to his girlfriend of 16 months during a Christmas party hosted by Piers Morgan.

In the same interview, the pair talked about their pregnancy. As of 6th January 2020, Sarah was 16 weeks pregnant.

The Sky News presenter went into further detail about expecting a child. In her own words:

I have been very open in the past about not wanting to have children on my own; I only wanted to have them with someone but I had not met that person. It wasn't until I met Ben that I thought he was completely the person I want to have children with. It was an absolute no-brainer.

Sarah commented that 2020 was going to be their best year yet while her partner added, “Our feet haven’t touched the ground yet, we are very excited.”

The sportscaster was born to Lynda and Tom on 10th July 1978 in England. She grew up in Essex with her little sister, Victoria Mee.

Her parents used to design and build kitchens. As for her sister, Victoria is an independent consultant at Arbonne International, an international multi-level marketing company.

Sarah started her career by joining Sky Sports as a runner. She then became a producer after moving to the planning desk.

The presenter joined ITV Central to present sport on Central News West in October of 2002. Not after long, she shifted to the main news program and even anchored the pan-regional program, Soccer Monday. Eventually, she became the face of Sport for ITV in the Midlands.