By LRU Writer | On: June 25, 2019
Sarah Raffety has been successful in...surprised many with her calm, helpful... tied the knot with her five-years long boyfriend... husband is a...blessed with two beautiful daughters...stands at a height of... 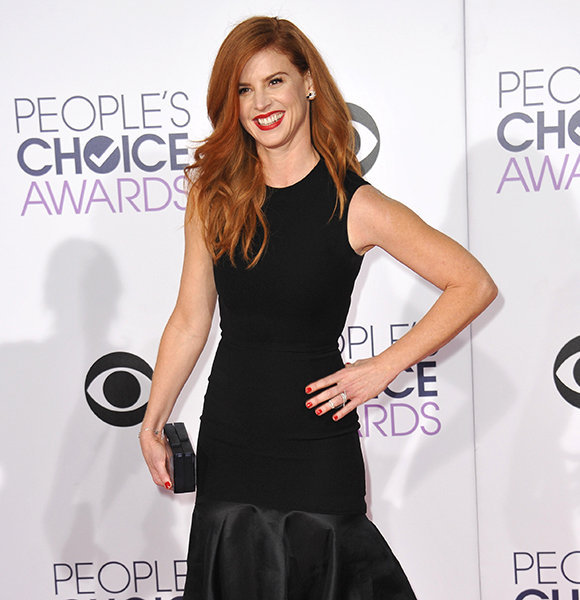 Recognized worldwide as Donna Roberta Paulsen for her role on the hit drama series Suits, Sarah Raffety has been successful in turning the heads of people with her formidable acting skills.

Playing the role of a serious, strict and witty lawyer in the series, Sarah surprised many with her calm, helpful, and caring nature of real life.

Well, she takes part in helping the needy, hosting charity events for Alzheimer's Association and working as an ambassador for The Brain Project organization. She is an inspirational figure both on and off the screen!

Sarah Rafferty tied the knot with her five-years-long boyfriend Santtu Seppala on 23 June 2001. The wedding was officiated in her hometown of Greenwich, CT.

Unlike her job, her husband is a businessman by profession. He works as the CIO and Managing Member of Kittos Capital Management. Sarah and her partner have enjoyed each others company for more than 25 years now, and their love seems to be growing even more with the passing days. In this period of togetherness, they have been blessed with two beautiful daughters; Oona born in October 2007 and Iris born in January 2012.

The family of four spend quality times together; they were seen together in London on 17 May 2018, clicking picture outside the Buckingham Palace just before the royal wedding of Sarah's close friend and co-actress, Meghan Markle, the Duchess of Sussex.

Also, they went for a spring break in Mexico in April 2019.

Sarah Rafferty was born on 6 December 1972, as the youngest child in her family. She has three elder siblings, all sisters. She stands at a height of 5 feet 9 inches(1.75 meters) and a weight of approx 58 kgs.

Her father, who enjoyed careers in finance and oil painting, and her mother, who was the Chairwoman of the English Department at Convent of the Sacred Heart school, encouraged her to follow her passion for arts.

Taking aspiration of her parents, Sarah decided to chase her dreams and focus on her education by double majoring in English and Theatre at Hamilton College. After graduating with a distinction from Hamilton in 1993, she went on to study at the Yale School of Drama, receiving a Master of Fine Arts.

Her hard work and dedication finally paid off.

Starring as Donna Roberta Paulsen on USA Network's Suits, the American actress laid a strong foundation in the acting business. Following her success, she also appeared in various TV series like Law and Order, Six Feet Under and Brothers & Sister, to name a few.

Saran Rafferty has impressed everyone with her acting and made the character of Donna Roberta Paulsen her own. Also, the Suit actress has been successful in bagging a lot of fortune.

Being part of the series since 2011, Sarah has accumulated an enormous net worth from her decade long acting career. While her average salary as an actress is about $50K, the actress has gained additional income from featuring in several TV series and commercials throughout her career.

In addition to this, one of her West Hollywood homes was featured in the Los Angeles Times on 26 March 2019 and valued around $2.35 million.