By LRU Writer | On: January 28, 2020
Sarah Wayne Callies is an actress, best known for her portrayal of Lori Grimes in The Walking Dead...directed an episode of both Unspeakable (2019) and Colony...at the age of...married to Josh Winterhalt, a martial arts teacher...with her husband...their family...has a net worth of...stands at the height of 5 feet 8 ½ inches...in movies and TV shows... 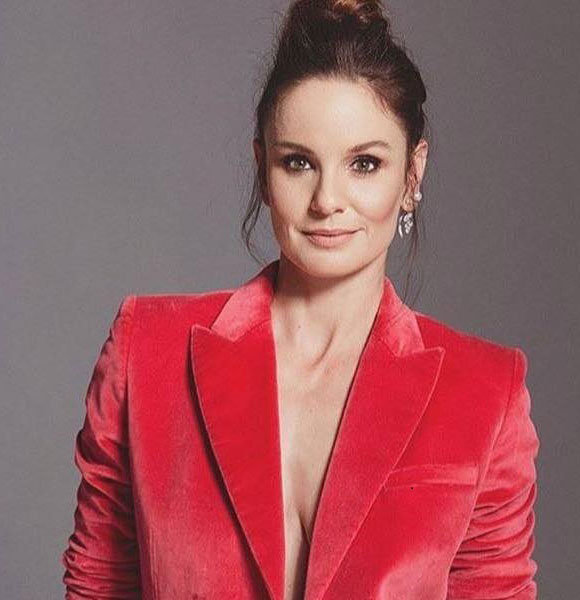 In addition to acting, she has also dabbled in directing; she directed an episode of both Unspeakable (2019) and Colony.

The Walking Dead actress was born on 1st June 1977 in La Grange, Illinois. Both her parents, David E. Callies and Valerie Wayne, are professors at the University of Hawaii, Manoa. Her father is a Law professor while her mother teaches English.

Sarah is married to Josh Winterhalt, a martial arts teacher. The two first met when they were studying at Dartmouth College and started dating soon after. The couple tied the knot on 21st June 2002 and welcomed their daughter, Keala Wayne Winterhalt, on 20th July 2007. The actress and her husband later adopted a son named Oakes Wayne Winterhalt, who was born in August of 2013.

The very first role that Sarah got was in Queens Supreme (2003). Following her debut work, she made appearances in Law & Order: Special Victims Unit (2003) and Dragnet (2003). She went on to portray Jane Porter in the TV series, Tarzan.

Her first significant lead role was in The Celestine Prophecy (2006), a movie that was adapted from the book by the same name. Unfortunately, the film was a commercial failure, unlike the book, which did really well and sold over 23 million copies.

She rose to fame after playing Sara Tancredi in Prison Break. Her character was killed at the end of the second season of the show because of contract disputes but was eventually brought back to life in the fourth season because of the fans’ demands.

Sarah went on to play in The Walking Dead and Colony, which did very well commercially and were praised by critics and fans alike.

Throughout her career, she has played in over 25 movies and TV shows.

According to celebritynetworth.com, Sarah Wayne Callies has a net worth of $3 million.