By LRU Writer | On: October 11, 2019
One iconic role can change an actor’s life. For Sasha Pieterse, it was her...The couple got engaged back in December 2015 when Sasha was...Sasha’s parents; Zizi Pieterse and Sean Pieterse worked in the entertainment industry as... 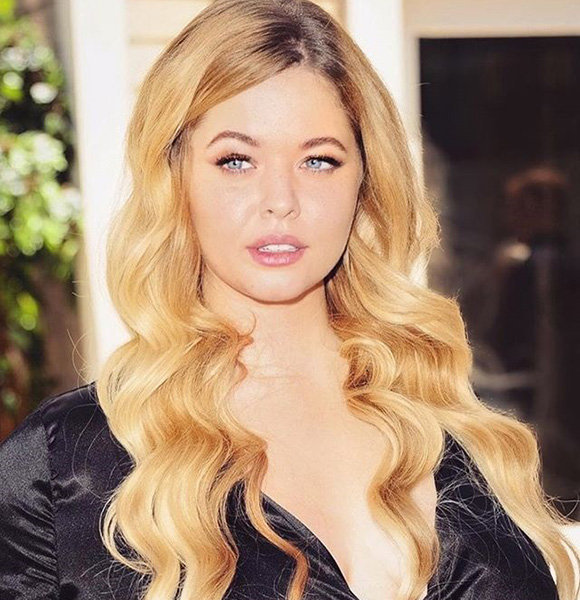 One iconic role can change an actor’s life.

For Sasha Pieterse, it was her portrayal of Alison DiLaurentis in the hit TV show, Pretty Little Liars. The show, which ran for seven long years since its inception in 2010, cemented the actress’ status in the TV world.

And in 2019, fans were in for a treat when Sasha reprised the same role in the show’s sequel, Pretty Little Liars: The Perfectionists.

Sasha’s sucessful career mirrors her dating life. The actress has been in a relationship with Hudson Sheaffer - Woman Warrior actor and stuntman - for a long time.

The couple got engaged in December 2015 when Sasha was just nineteen years old. Interestingly, the actress and her fiance boast an age gap of seven years; Hudson being the older one.

But, the loved birds never let their considerable age difference affect the relationship. Thus, after two years of a long engagement, Sasha turned her long-time boyfriend into her husband on 27th May 2018. The couple became married in a beautiful wedding ceremony at Leslie Estate- a castle in Ireland.

On the big day, Sasha stunned in a Christian Siriano gown and complimented her look with a XIV Karats necklace and Zadig & Voltaire bracelets. For the crucial hair and makeup part, she appointed experts Ryan Richman and Kirin Bhatty, respectively. And, Elizabeth Messina captured the beautiful ceremony. As every department was planned to the T, the actress looked a visionary in her wedding. The cherry on top was Sasha’s man, who looked dapper in a traditional wedding suit and his bride’s perfect arm candy.

The married couple is very much in love to this day. They have been each other’s support system in every up and down.

During a disturbing moment in Sasha’s life, Hudson was by her side. It so happened that she gained a lot of weight due to a condition called polycystic ovary syndrome. Being a public figure, the actress had to deal with online body shaming and rumors that she was pregnant.

In 2017, she opened about her struggles in the reality show, Dancing with the Stars and her lover, Hudson was beside her side.

Sasha’s parents; Zizi Pieterse and Sean Pieterse, worked in the entertainment industry as acrobatic performers. It was their connection to the showbiz, which led to the actress’ early start in Hollywood.

In 2002, Sasha made her acting debut with the TV series, Family Affair. Since then, she has been part of TV shows, namely Stargate SG-1, Heroes, Medium, and Sing It!.

Further, her filmography includes movies, namely The Honor List, Coin Heist, and Inherent Vice. As a result of a sucessful career, Sasha boasts a net worth of $2 million.

Taking about the actress’ measurements, she stands at the height of 5 feet 6 inches (1.68 m) along with a complementing weight of 76 kgs.