By LRU Writer | On: March 11, 2020
Scarlett Byrne is a British actress who is best recognized for her role in the Harry Potter film franchise...She is married to her husband...The two got engaged in...and they legally married in...Scarlett's husband is...The actress was born on...She has a sister named...Scarlett's Zodiac sign is... 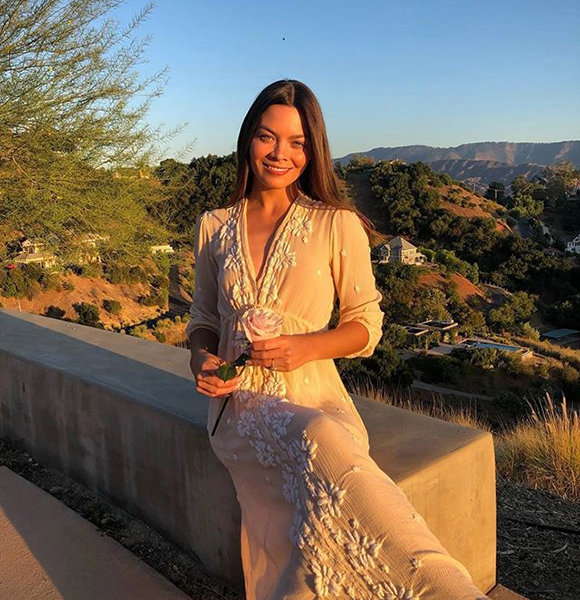 The two dated for nearly two years before getting engaged in August 2015.

Cooper took to Instagram to announce his engagement with the actress; he posted a collage of pictures on 5 August 2015, that featured the couple and the engagement ring. On Scarlett's part, she showed off her huge diamond ring with a picture of both of them cuddled up in bed, on Instagram.

Insights On The Personal Life Of Sabrina Bryan:- Details On Husband, Ethnicity, Net Worth

On 10th March 2020, the news of Scarlett and Cooper expecting their first child was shared by Cooper on Instagram, with a picture of Scarlett showing off her baby bump; he wrote,

Scarlett and I have been blessed with wonderful news we are ecstatic to share. This summer we will be welcoming a new member to the family. The two of us could not be happier as we wait for the arrival of our little one.â€¬

The post also featured a video of them walking hand-in-hand as they took a romantic stroll along a beach.

The actress was born on 6th October 1990 in Hammersmith, London, England. Her family members include her parents and her sister, Ruby Byrne. Her father's name is Anthony Byrne.

Facts About Scarlett Byrne Including Height

Another Celeb With The Same Name:- Scarlett Moffatt Is Not Married! Has a Boyfriend To Love or Is Single?