By LRU Writer | On: November 13, 2019
Seth Curry’s family whose each and every member has once in their lifetime played in a...when the loving couple were blessed with a baby daughter, Carter in...the families were present in the ceremony and the husband and wife looked dapper in their... he did not have immediate success as his brother Steph, the point guard made the journey to... 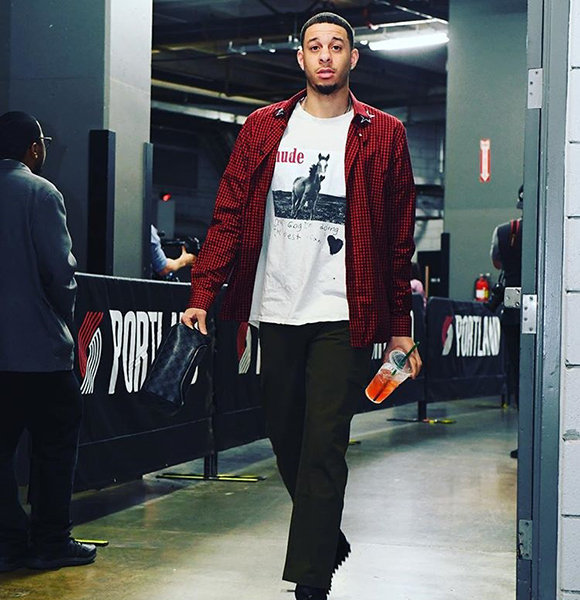 Sports run in the veins of Seth Curry’s family, with each member having once played a particular sport in their lifetime.

However, Seth went onto draw inspiration from his father and got involved in basketball. He is also the younger brother of reputed basketball player Stephen Curry  (SCFI), who plays for the Golden State Warriors in the NBA.

As of 2019, the shooting guard is making the headlines, not with his basketball games, but because of his marriage to fiancee Callie Rivers.

Baby From Wife Or Girlfriend?

Seth Curry and his girlfriend Callie Rivers acted as a bridge to bring two great NBA families as they finally tied the knot together.

It all started when the loving couple were blessed with a baby daughter named Carter in May 2018. Soon after becoming parents, the Dallas Mavericks player proposed his lady love on the 2019 Valentine’s Day.

Not long after that, on 14 September 2019, the lovers got married at a classy destination wedding in Malibu. Both the families were present in the ceremony as the husband and wife looked dapper in their wedding outfit. Now, both Seth and Callie are embarking on a new journey in their life. They have the responsibility of their respective sports and also have to perform the duty of being parents. It will be a sight to see how the couple will be coping with the situation in the future.

Growing up, Seth and his brother trained along with their father and developed the interest for the game at a very young age. While his elder brother started early, Seth slowly progressed from his high school level.

He was his team regular starter for three consecutive years. Playing in his senior year, he averaged 22.3 points, five assists, and five rebounds per game.

Similarly, in 2013, the 29-year-old got selected in the NBA by Memphis Grizzlies. Though he did not have immediate success as his brother Steph, the point guard made the journey to six different teams throughout his career.

Despite playing the 2018 season with Portland Trail Blazers, Seth is back for the new season with the Mavericks. As of 2019, the former U-19 gold medalist faced off against his brother in the NBA Western Conference Finals and is eager to bring his a game in the table.