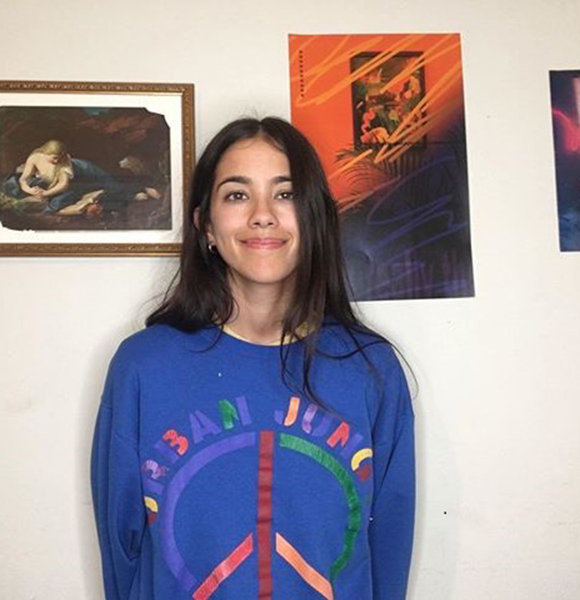 American actress Seychelle Suzanne Gabriel is famous for her role as Lourdes Delgado on the hit TNT series Falling Skies. Slowly achieving new heights, the beautiful actress has graced the world of acting for a few years now.

Dive into the details of her dating life, boyfriend, net worth, TV shows, and movies!

Seychelle had an onscreen relationship on the television series Falling Skies with the character Jamil. However, the romance was short-lived when he was killed off on the second season.

While her romantic relations in the onscreen is a failure, her relationship in real-life has been a low-key subject. But, that doesn't mean her dating life is not without any rumors.

In 2013, she was allegedly in a relationship with Calvin Klein model Mark Jordiolin. Adding heat to the rumors, in 2014, she talked about her bf's dog on twitter. However, it was not clear if her referral as the boyfriend was Mark or any other person.

Talking About Romantic Figures:- See How Michael Ray Got Engaged With Girlfriend Carly, Its Romantic

Interestingly though, Seychelle has not been in any dating relationship with a boyfriend since then.

The beautiful actress has been working for many years now.

Her first role was on Nickelodeon's Zoey 101 a TV Show in 2007. Soon after her entry into the world of television, in 2008, she got to work on her very first film, The Spirit.

Showcasing her talent as a young actor, Seychelle recieved the chance to act on the anime adaptation movie Avatar The Last Air Bender as the beautiful princess Yue in 2011.

Over the years her acting career has slowly risen and with it, her net worth. While an exact value cannot be used in the measurements of her fortune, with a total number of 19 acting credits, her salary could be compared to the average acting salary, nearing the $50,000 mark.

Rising As An Actor:- Gaten Matarazzo Girlfriend, Parents, Net Worth

However with a recurring role on the third installment on the hit series Get Shorty in 2019 and other opportunities, her net worth is only going to increase.

Born on 25 March 1991, the 28-year-old is the daughter of Mexican-French father, Guy Gabriel and Italian-Sicilian mother, Michelle Gabriel. Sharing beautiful moments with her parents, the bond she has with her family can be closely associated with friendship. While she goes shopping with her mom every now and then, Seychelle took her father as her date to the Imagen Awards on PBS in 2012.

Raised in Burbank, CA, Seychelle has four sisters and one younger brother named Dylan. The Burbank High School graduate has a small framed body with a height of 5 feet 3 inches(1.6m) and a weight of 51 kg.