By LRU Writer | On: March 25, 2019
Shalana Hunter is widely recognized as the mother of American model Blac Chyna, but her resume proves that she has much more to offer...A former soldier, Shalana is an entrepreneur at heart, and her efforts have not been wasted...Alongside her career, Shalana is also a family woman with many loved ones at her disposal... 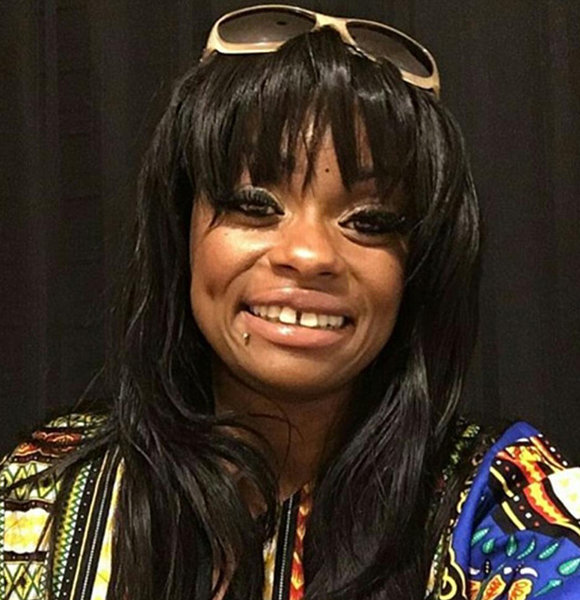 Shalana Hunter is widely recognized as the mother of American model Blac Chyna, but her resume proves that she has much more to offer. A former soldier, Shalana is an entrepreneur at heart, and her efforts have not been wasted.

Alongside her career, Shalana is also a family woman with many loved ones at her disposal.

Shalana's wiki suggests that she was born in Santo Domingo which is located in the Dominican Republic. She proclaims her birthday to be on 12 October. Shalana - who is otherwise known as Tokyo Toni - stands at a height above five feet.

Although Shalana is a Dominican by nationality, she is also a nationalized American citizen as she enlisted and served the US Army in 1991. Better late than never, Shalana enjoys success now at the age of 49.

She serves as the CEO of a talent agency named On My Grind Entertainment and Promotions LLC. A limited liability company, Shalana is a majority shareholder in the business.

Over the years, she has established herself as an internet personality. She is regularly active on Instagram and loves sharing her pictures along with her daily struggles on the social media site.

With her career as a business CEO and Instagram star, Shalana has accumulated a considerable fortune. Her daughter, Blac's net worth of $4 million is sufficient to show the lavish lifestyle of the family.

Shalana is a married woman; She tied the wedding knot with Marcellus Hunter in 2012. The duo share no children from their relationship. While the couple is still together, they have their ups and downs in their marriage.

A few years ago in 2013, Marcellus requested a protection order against Shalana accusing her of threatening him. The Prince George County District Court granted her husband an order in Maryland after Marcellus claimed she tried "cracking his head."

Later, Shalana admitted her mistake and asked for forgiveness from her husband. The partners have now resolved their issues and are leading a successful marriage.

Back when Shalana was just a teenager, she developed a romantic relationship with a man named Eric Holland. Eric is a repeated criminal, who has been in and out of prison all his life.

The couple soon became parents when Shalana gave birth to a daughter named Angela Renée White (famously known as Blac Chyna) at the age of 17.

Chyna is a reality star, model and a socialist. She was previously in relationships with rapper Tyga and reality personality Rob Kardashian. She has two children, each from Tyga and Rob: a son named King Cairo Stevenson and daughter called Dream Renee Kardashian respectively. While Shalana had no more children other than their daughter with Eric, it turned out that Eric reportedly had other offsprings. Shalana was shocked to know that Blac's half-sister Britney was about the same age as the model, which meant that Eric had cheated on Shalana.