By LRU Writer | On: November 04, 2019
American actor Shameik Moore is a multitalented personality...gained massive fame...his girlfriend and dating affairs...always been vocal about...never been linked to anyone...grew up in a complete Christian upbringing...roles in many movies and Tv shows...established himself in the realms of music...net worth figure... 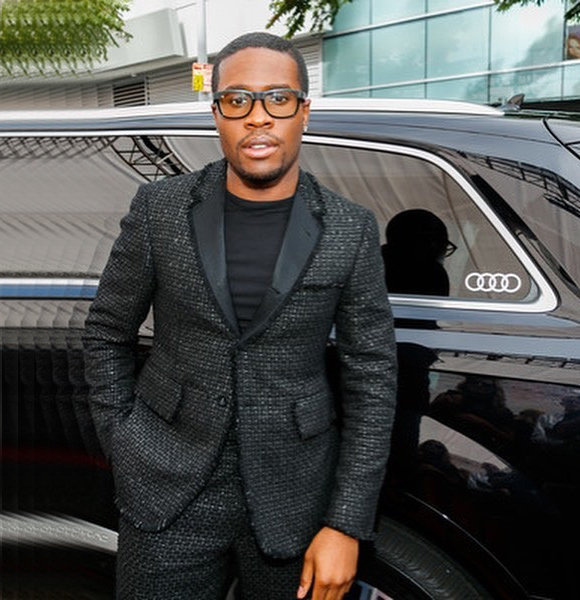 American actor Shameik Moore is a multitalented personality who fits into many roles. He is an actor, comedian, dancer, musician, and singer.

Who Is Shameik Moore's Girlfriend?

Over a short time, Shameik has gained massive fame and numerous fans. Many of his admirers are eager to find out about his girlfriend and dating affairs.

However, it may come as a surprise to many, but the young actor appears to be single at the moment. The actor has never spilled any beans about his relationships, and he has also never been linked to anyone. But, Shameik has always been vocal about his single status and want to be in a relationship. In a 2018 interview with the grio, he said,

"I need the woman that doesn’t need me but chooses to be around me. We choose to have shared space and time together. But there’s nothing I need from you and there’s nothing you need from me but we do need each other."

Well, from his statement, it strikes as though the young actor has put a lot of thought into his love life. So, whoever ends up with Shameik is going to be one lucky girl.

Since his mother was very religious, he grew up in a complete Christian upbringing. Bible was the focus in his family, and hip-hop music was not allowed.

Having said that, it was not all so bad. Shameik's father, Errol Moore, was the founder of the reggae band, Monyaka.

Luckily, his musician father felt that his son needed to experience the pop culture and took him to see the urban dance film; You Got Served. It was after watching that film Shameik realized his true passion for dance and music.

Shameik got his start in the showbiz in 2012 as a series regular on Cartoon Network original live-action sketch comedy series, Incredible Crew. After that, he had minor roles in many movies and TV shows. His first film debut was the comedy-drama film, Joyful Noise.

However, his breakthrough came in 2015 in Dope, for which he earned a nomination for Critics’ Choice Movie Award under the ‘Best Young Performer’category.

After that, he starred in the Netflix series The Get Down and finally voiced Spiderman in the Oscar and Golden Globes winning animated movie, Spider-Man: Into the Spider-Verse.

You May Like:- Harrison Gilbertson Dating, Family, Net Worth

Apart from acting, Shameik has also established himself in the realms of music. As a teenager, his music video became viral, with 10 million hits on Youtube. After that, he released his EP in 2015 with seven songs, followed by other singles Cautious and Ride the Beat.

From his impressive list of achievements, it's pretty apparent that the 24 years old artist has reached quite a height in his career. Although his exact net worth figure is yet to surface, he has probably accumulated a significant sum as his wealth.