Shannon Beador Dating Status After Divorce With Husband, Net Worth 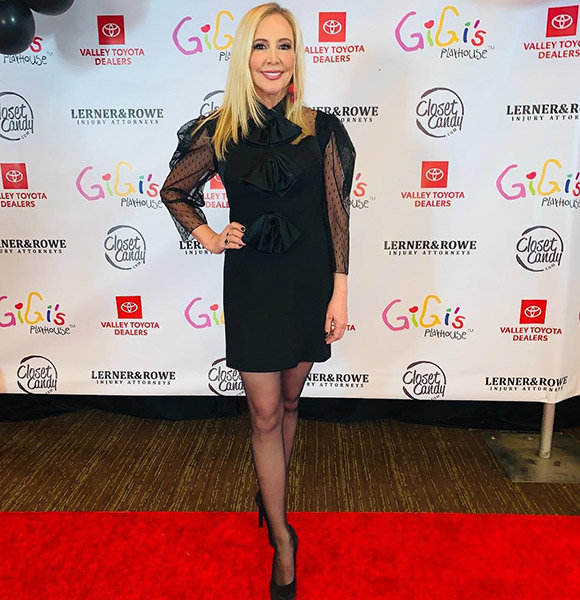 American TV personality Shannon Beador rose to fame as a cast member in the ninth season of the Bravo hit reality show, Real Housewives of Orange County, in 2014.

In the show, she gained huge fame for her unflinching honesty and unconventional ways of living life. Shannon is also a huge advocate of holistic lifestyle practices and non-toxic living.

After spending fifteen years as husband and wife, trouble started to brew in their marriage in 2015, after alleged infidelity on David's part. Even after the cheating scandal, Shannon was reportedly willing to work things out and keep her family together.

The couple went through therapy and counseling to save their marriage. They even took a family trip to Hawaii to work things out, but nothing worked. And at last, they filed for divorce in December 2017.

Their divorce was finally settled on 24th April 2019. As per the settlement, David had to pay Shannon $1.4 million to equalize the division of common property and a total of $10,000 monthly in support spousal support for ten years.

Following her divorce, Shannon started dating a guy named John Janssen- who works as a partner at an insurance firm.

The couple reportedly started dating after meeting each other through mutual friends. Shannon is the mother of three daughters with ex-husband David.

Her elder daughter Sophie was born in 2001, and in 2004, she gave birth to twin daughters Stella and Adeline.

Following the divorce, Shannon and David share the legal and physical custody of their daughters.

During an episode of RHOC in 2017, Shannon revealed that she had gained 40 pounds and weighed 172.2 pounds. She also disclosed that her weight gain was because of stress eating during the trouble in her marriage.

However, after a short time, her increased weight affected Shannon a lot, and she decided to take measures.

By 2019, she lost a lot of weight and gained her former confidence back. Shannon- who is not very keen on working out, revealed that she lost weight by changing her diet. She added that weight depends more on making a healthy balance in what goes into the body.

Further, Shannon's diet during her weight loss journey inspired her recipes for QVC show, Real for Real Cuisine, in which she shared healthy recipes for meals below 450 calories.

According to Celebrity Net Worth, Shannon's career as a reality TV personality has rendered her a net worth of $20 million.