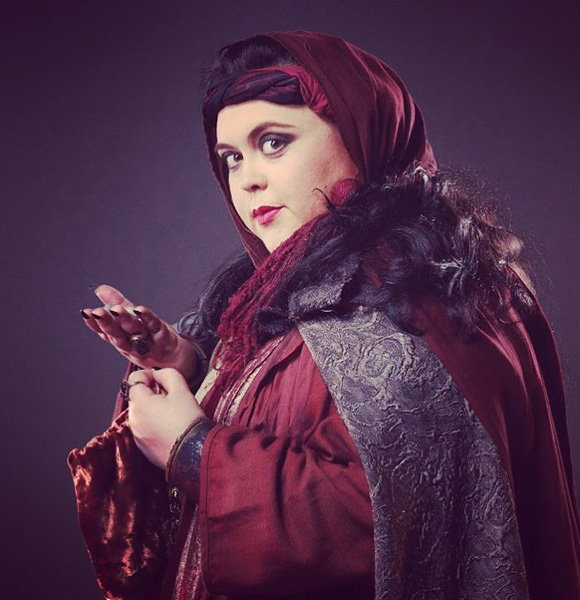 Scottish-born Sharon Rooney was nominated for a BAFTA Award for playing the role of Rachel 'Rae' Earl in the TV series, My Mad Fat Diary. However, the actress was not always into acting as she had almost left the job, even before her breakthrough.

Sharon thought the acting was too hard and told her mother she wanted to quit acting.  And meanwhile, she was cast in My Mad Fat Diary that changed everything.

It dawned on her how the youngster could help her teenage fans struggling with the issues which the show addressed. The magnificent lady thereon took responsibility to uplift the lives of vulnerable youths through the platform.

Read below to find more about the big-hearted girl, including the info on her net worth, dating life, movies & TV shows!

Sharon was born on 22 October 1988 in Glasgow, Scotland. To pursue a career in acting, she left her education at the age of 16. She then enrolled in a three-year performing arts course. Moreover, she has earned a degree in drama from Hull University.

She is best recognized for her portrayal in TV series and movies, including My Mad Fat Diary, Two Doors Down, Brief Encounters, and the remake of Dumbo.

Sharon stands confident at the height of 5 feet and 11 inches (1.8 m), and her weight has never deemed her shine. Embracing her curvy plus size figure has never gone out of style for the diva. Sharon Rooney makes an appearance at a Disney event (Photo:twitter.com)

Her measurements never bothered her as long as she had her talent to flaunt them unapologetically. She said,

The actress has only grown more confident about her body, mind, and spirit as she rejoiced her 33rd birthday on 22nd October.

As a troubled teenager Rae on My Mad Fat Diary, Sharon began a romantic relationship with Finn (played by Nico Mirallegro) at the beginning of the second season. Though the couple shared adorable chemistry in the comedy-drama, they weren't attracted to one another off-screen.

It turns out, the smartest thing Sharon has learned is not to depend on a man. Unlike her character, she is quite the opposite off-screen.

Sharon values her independence and is proud of the woman she is today, and isn’t looking forward to dating. She has never been open about a possible boyfriend and possibly doesn’t want to get married any time soon. She even claimed to be a single lady in 2011 and mentioned her unwillingness to date a man.

It seems like even today; her thought has not changed. But her fans are eagerly waiting to see her with a partner by her side.

Sharon’s salary isn't disclosed in digits. But, through her rising career in movies and TV shows since her debut in 2013 as Sophie in the BBC Scotland TV sitcom Two Doors Down, she could be earning over $51K yearly.

Moreover, she has also landed her hands on the big screen. She made her debut with the movie Under the Skin in 2013. Two years later, she appeared in the movie Hector. Her notable role came in the year 2019, portraying the role of Miss Atlantis in Dumbo.

Talking about Sharon's net worth, she must have accumulated a considerable amount; however, the exact details are not available.