By LRU Writer | On: July 05, 2021
Shaun Evans is so private about his personal life that he doesn't even involve in...doesn't even leak the tiniest bit of information regarding himself and his...all his wife, girlfriend and married life opinions all come from his...has an older brother who completes the family of... 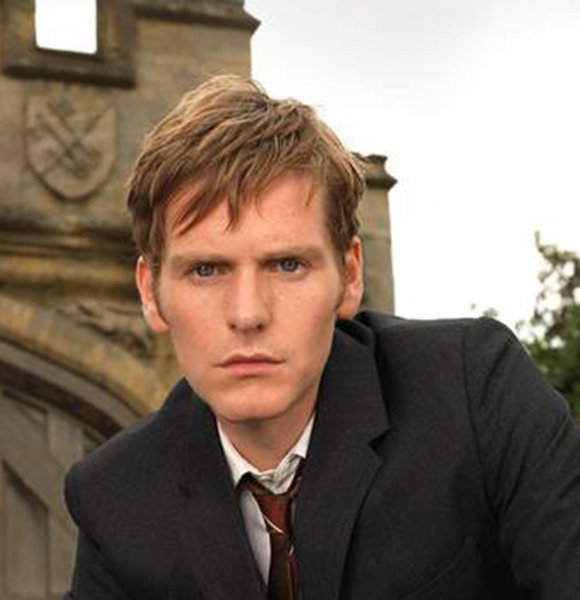 Shaun Evans, an English actor, is a rare celebrity who does not utilize social media sites.

The actor/producer from Liverpool is very secretive and guards his personal life. As a result, it's unclear if he's in a relationship or not. He doesn't make use of social media or has any social media profiles, proving our point.

Given this, his enormous success in the acting field is undeniable. In addition, as a well-known television personality, he has a long track record of popular shows under his belt.

Evans is a well-known and well-liked actor, but his personal life is the polar opposite, with little information available. The star of Endeavour refuses to provide even the tiniest detail about his personal affairs.

Because he keeps such a tight living, many admirers mistake his playing roles for his actual life. Because of his role as a gay French instructor in the comedy series Teachers, some people believe he is gay. It's given due to his secrecy; however, few rumors are floating about him and his dating habits.

In addition, his unsuccessful on-screen relationship with his college roommate Susan in Endeavour is considered his real-life story. Overall, his on-screen roles have affected the public's perceptions of his wife, girlfriend, and married life in general. In case you were wondering, he had a relationship with Andrea Corr, an Irish artist, in 2002. The pair dated for four years and frequently expressed their love for one other in front of the cameras. However, their romance could not last, and it ended in 2006. Well, as the saying goes, life imitates art.

Since then, the Silk actor has been tight-lipped about his dating or marital life. But it doesn't rule out the possibility of him expressing his preferences for other artists.

After Patti Smith, the American singer, admitted that she thoroughly loved watching Endeavour, the actor prompted a joke about having a "crush" on her.

Shaun Evans, who stands at 5'10" (1.78m), was born in Northern Ireland but raised in Liverpool, England. His father worked as a cab driver, while his mother worked as a nurse's aide.

He has an elder brother who completes the family of four, in addition to his parents. The Dread actor was interested in politics and history as a child. He even received a Merseyside Catholic School scholarship and appeared in school performance.

The 41-year-old was soon drawn to performing and enrolled at the National Youth Theatre. Following that, he made his television debut in the second season of Channel 4 comedy-drama Teachers. In the same year, he also starred in his debut film, The Boys from County Clare, in which he played Teddy.

Shaun Francis Evans was in demand for numerous parts in movies and TV programs in the blink of an eye. With an estimated $46 million in total net worth as of 2021, the actor has risen to the top of People With Money's top ten highest-paid actors list.