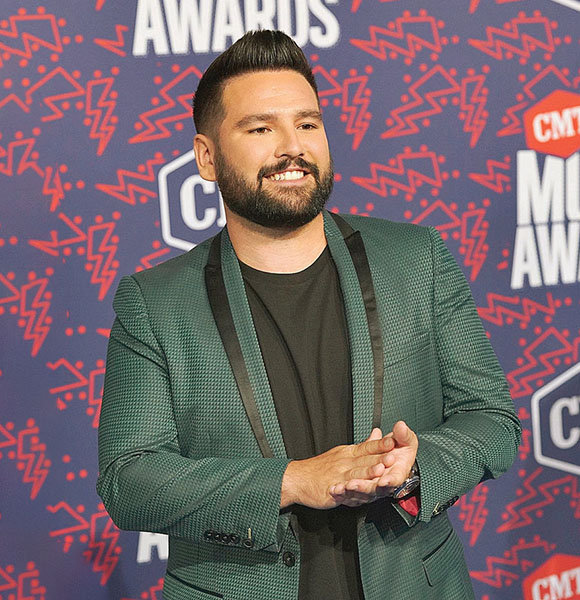 Famed as one half of the musical duo Dan + Shay, Shay Mooney is a talented singer and songwriter. Shay, along with Dan Smyers, first formed the two-person band in 2012.

The two-man band won the Most Performed Songs in 2015 at the ASCAP Country Music Awards. In 2018, they won Duo Video of the Year at the CMT Music Awards. Their biggest win came in 2019 when they won a Grammy Award.

Explore more on Shay's private and personal life, including his age, net worth, married status, and more.

The country singer is as successful in his personal life as he is in his professional one. He is in a relationship with the Miss Arkansas of 2013, Hannah Billingsley.

Shay and Hannah had been chatting online with each other for some time before but met for the first time in March 2015.

The singer was in Arkansas for a concert at the time. He asked Hannah to attend the ACM Awards with him. And that is how the beautiful relationship began.

Just after a year, in August of 2016, the pair got engaged. They officiated their union with a wedding ceremony in October of 2017. Arkansas has been a vital part of their relationship; they met engaged and got married in the state. Adding to their happiness, the pair welcomed a bundle of joy, a son named Asher on 24 January 2017. Announcing the news of thier baby's arrival, Shay poured his heart out on the Instagram post. He mentioned how he would be a great father and a husband.

Shay Mooney was born in Natural Dam, Arkansas, the USA in the year 1991. The singer celebrates his birthday on the 27th of December. He is the second child to his parents: father Rick and his mother, Cindy. He also has a sister named Gabby in his family. The singer's charm comes from a mix of English and Irish heritage.

As for his education, Shay enrolled in a private Christian school, Union Christian Academy. Later, he attended the Valley Forge Christian College. He was at the college for a Bachelor’s degree but dropped out to pursue his passion, a career in music.

With fantastic accomplishments, Shay has grown into stardom in Hollywood. Just from ad revenue alone, his youtube channel adds around $650K every year to his net worth. Shay also tours all over the world performing music with his partner. The tours also add a considerable amount to the singer's wealth.