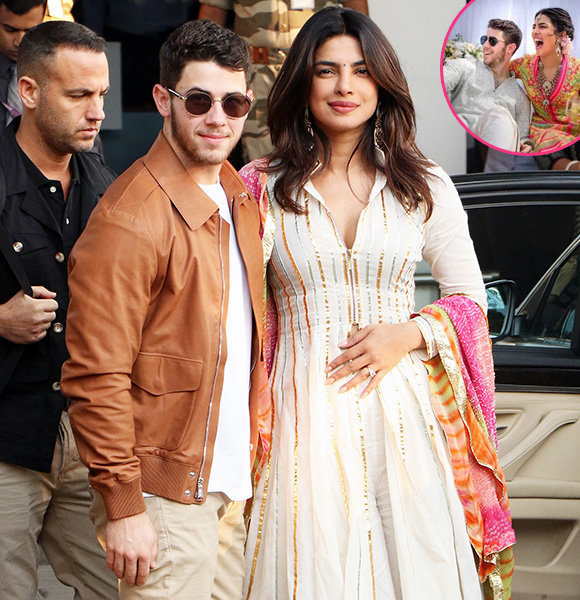 An insider mentioned that the singer's mother, Denise Jonas looked emotional during the event.

The beautiful bride wore a Ralph Lauren-designed wedding gown while the American singer-songwriter was dressed in a Purple Label Tuxedo for their special day. Also, Ralph's designs were gracefully flaunted by the bride and groom's family members during the wedding reception.

For her western wedding on the palace lawn's the beautiful bride wore the Ralph Lauren's hand-beaded embroidered gown with a long veil of 75 foot. She was escorted by her mother as her father died of cancer in 2013. 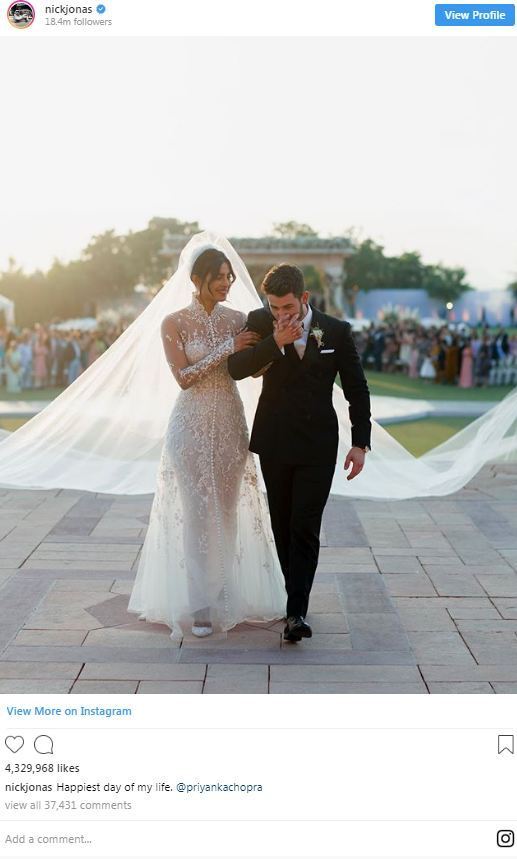 Following their blissful wedding, the 26-year-old musician and his wife of age 36 posted some glimpses of their Mehendi rituals (a part of Indian wedding culture) with the same joyful note on Instagram as their union.

The couple marked the inter-racial wedding and called their relationship as "one of the most special things" in their lives. They further quoted,

“And so planning our wedding with an amalgamation of both was so so amazing. An important part for the girl in an Indian wedding is the Mehendi.”

Additionally, the newlywed pair gushed about the ceremony, which took place in the afternoon, as the wedding they had always dreamt of. Following their wedding announcement, the couple was rained with beautiful wishes by their Hollywood and Bollywood friends.

Though the couple has already been pronounced as "man and wife," an Indian wedding ceremony took place on 2 December 2018 to honor Priyanka's heritage and culture. After their five days, lavish wedding celebration came to an end, the newly married couple could not wait to gush about their happiest day. While disclosing about her wedding plans, she talked to People that she never had a plan for her wedding.

The Quantico actress said the wedding melted her heart as her two big weddings held amongst her closest friends and family in India.

Nick and his wife's relationship dates back to the day when their mutual pal invited them to attend the 2017 Met Gala together. The singer later popped the question to the former Miss World six months prior to their wedding, i.e., in July 2018.

Since the couple's wedding weekend is nowhere close to being finished, Priyanka teased to Vogue in December 2018 that their guest would need a long vacation after this wedding. Similarly, she also gushed about her family planning to E! News after her BFF, Meghan Markle's pregnancy news aired. After hearing Meghan's pregnancy, the Quantico actress jokingly said that she needs to "catch up."

As Priyanka expressed her desire to cherish the parenthood, it seems Nick's biography might soon introduce him as a doting father rather than a husband.