By LRU Writer | On: February 04, 2020
Business Executive Sheryl Sandberg is an...best known as the COO...worked as Google’s Vice President for...got married to the CEO of online...passed away on that trip after an accident...relationship with her first husband...started dating...engaged on 1st...recreated the same moment and popped...stands at a height of...has a net worth of... 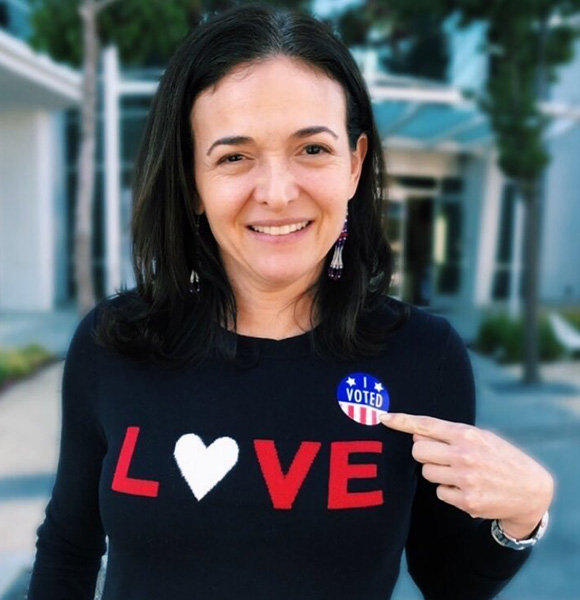 Business Executive Sheryl Sandberg is an inspiration for women who seek a high-powered career.

She is best known as the COO (Chief Operating Officer) of Facebook, who lifted the company from a loss of $56 million, to make profits of $22.1 billion in 2018. Her main focus of small business advertising on Facebook made a huge contribution to the company’s overall growth.

Before joining Facebook, Sheryl worked as Google’s Vice President for Global Online Sales and Operations from 2001-2008.

They welcomed their son in 2005 and their daughter two years later. Together, Sheryl and Dave were the power couple in Silicon Valley.

But a tragedy befell on them when the couple went to Mexico on a weekend trip. Dave passed away on that trip after an accident on the gym’s treadmill. Later, it was discovered that he had, in fact, suffered a fatal heart attack. Sheryl was devastated after her husband’s death, but as a courageous woman that she is, she pulled herself together for her family and two children.

Another Celeb Who Lost Her Spouse In A Tragic Accident:- Vanessa Bryant Wiki: Net Worth Details After Husband's Tragedy

Sheryl and Dave’s marriage and their relationship was an open book. But, Dave was actually Sheryl’s second husband.

Previously, the lady was married to a businessman named Brian Kraff in 1993. But the relationship with her first husband only lasted for a year.

Who Is Sheryl Sandberg Dating? Boyfriend

The couple was reportedly set up by Sheryl’s late husband’s brother, Rob Goldberg, who also happens to be Tom’s best friend. Sheryl and Tom apparently clicked right away and fell for each other.

Moreover, People reported that the couple took their relationship a step further by getting engaged on 1st February.

The couple reportedly went for a hike on their first day, so Tom recreated the same moment and popped the question to Sheryl at the end of the hike. Engaged!!! @tom_bernthal, you are my everything. I could not love you more.

Following the engagement, Sheryl is looking forward to tying the knot with her fiance.

She is the oldest of three children to her parents, Joel and Adele Sandberg. Her siblings are younger sister Michelle and brother, David.