By LRU Writer | On: January 12, 2020
Shirley Ballas is a professional dancer... She was the head judge on BBC's Strictly Come Dancing in 2017...she married her husband...but divorced him...her current boyfriend is...who is also a dancer and actor...carries a net worth of...and her height extends to 5 feet 2½ inches (1.59 meters)...at the age of...she removed in a breast implant removal surgery... 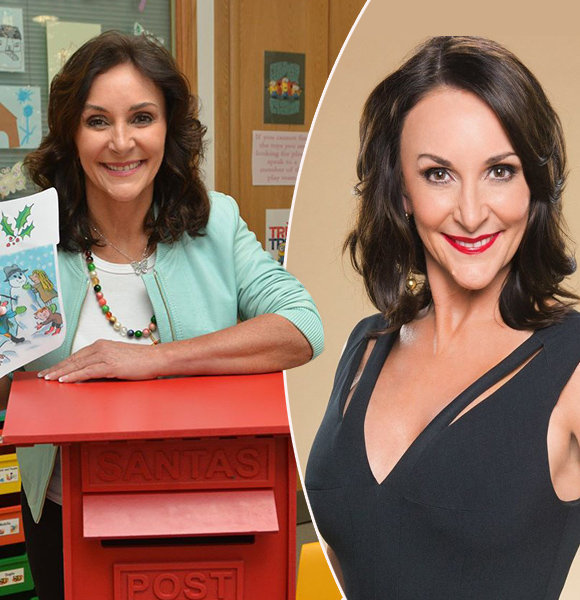 Shirley Ballas is a professional ballroom dancer who became the head judge on BBC's Strictly Come Dancing in 2017.

She is often nicknamed as 'The Queen of Latin' because of her success in Latin dance; she won the 1983 International Latin American Dance Championship alongside her ex-husband Sammy Stopford.

The Latin dancer was initially married to Samuel Francis John Stopford. The pair got married back in 1980 when Shirley was just 18 years of age. They won the Blackpool Dance Festival in 1983. Eventually, things didn't work out between them, and they got divorced in 1984.

After her split from Samuel, Shirley started dating Corky Ballas in 1985. They tied the knot on 21st August 1985, and their first child was born on 24th May 1986. The couple named their son Mark Alexander Ballas Jr.

However, their love could not last forever as Corky left Shirley for Kristina Rihanoff after he became the dancer's teacher in 2003. Shirley and Corky divorced in 2007 after 23 years of being together. The pair met during rehearsals for Jack And The Beanstalk, which they starred in together over Christmas 2018. The chemistry hit off, and they began dating each other.

In October 2019, Shirley asked Danny to propose to her on the ITV show in front of everyone. But she quickly added, "I'm just kidding," following that, hinting that she meant it only as a funny gesture.

As of now, the couple is going on strong; earlier this year in January 2020, the former Strictly Come Dancing judge shared her desire to adopt a child with Danny on the Loose Women panel. She revealed that they had been thinking about it for the past six months.

Who Is Danny Taylor?

Daniel Taylor, a.k.a Dany is a theatre actor who is a trained dancer in ballroom, tap, and waltz and even released an album in 2015 called The Party Is Over. Also, he appeared in a small part in the TV series, The Bill and Brookside.

Moreover, he was previously married to actress Sharon Byatt and welcomed a son with her. The ex-couple remains in friendly terms even after their split.