By LRU Writer | On: June 06, 2019
Sofia Cabello is the younger sister of popstar, Camila Cabello...The sisters have eleven years of an age difference...she is the only one in her family who was born in the United States... 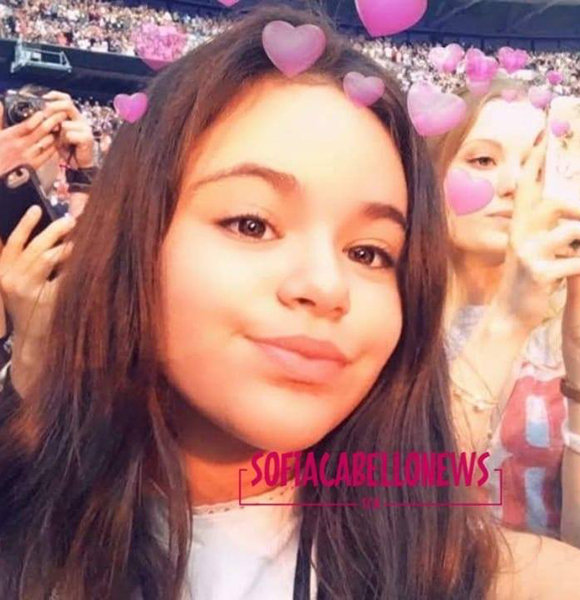 Sofia Cabello is the younger sister of popstar, Camila Cabello. Well, the world got introduced to the Havana singer’s little sister via AwesomenessTV’s video in 2014. Sofia was also part of Camila’s 2019 Grammy performance.

Sofia is often featured in her megastar sister’s Instagram and boasts a social media presence of her own.

Sofia, nicknamed Sofie, was born on 2nd April 2007 in Florida. She boasts the sun sign Aries according to her birthday.

Well, she is the only one in her family, who was born in the United States. Her elder sister and her parents were immigrants from Cuba. While Sofia’s mom is Cuban, her father, on the other hand, is Mexican. Thus, she boasts a Cuban-Mexican ethnicity. Sofia’s family went through a lot while immigrating to the US.

Her mother Sinuhe had to separate from her husband Alejandro and come to the land of the dreams with little Camila in tow. The mom-daughter duo lived in a foreign country without Alejandro for one and a half years before he eventually joined them. His journey was not comfortable either as he reportedly swam from Mexico to Miami for he couldn’t get a visa.

Cabello family was well trying to adjust in the US until Sofia’s sister decided to participate in X-factor 2012. The participation shot her and her family to worldwide fame. Camila went to become a megastar, which bettered the family’s wealth and lifestyle.

Well, now, Sofia is still in school while her elder sister is taking over the world with music. The sister duo is often seen lip-syncing to High School Musical 's music in the Bad Things singer’s Instagram. Add to that, Sofia has a Tiktok account where she often sings along her sister’s songs.

The Cabello sisters-cum-friends are so incredibly close that Sofia’s sister dedicated her Radio Disney Music Award for Bad Things to her little sister. As a matter of fact, the sisters have an age difference of eleven years.

Camila was formerly a member of the band named Fifth Harmony until she left the band in 2016. Post her departure, she focused on her solo career and broke out as a solo artist with her hit single Havana.

The songbird’s real name is Karla Camila Cabello Estrabao. She has a height of 1.57m (5 feet 2 inches) and a complementing weight of 48 kg.

Camila's Former Bandmate:- Lauren Jauregui Dating Status Now; Does She Have A Boyfriend Or Girlfriend?

Taking about Camila’s dating life, she dated quite a few people in the past. In 2013, she was famously in a relationship with fellow singer, Austin Mahone. Fans loved their couple and rooted them immensely. However, the pair broke up in 2014.

As of 2018, she is in a relationship with Matthew Hussey - writer, dating coach, and YouTuber by profession. The pair share a private dating life and are rarely seen making a public appearance.

However, eagle-eyed fans caught them walking out of ArcLight Cinemas in February 2019.