By LRU Writer | On: November 19, 2019
Australian singer Sophie Monk is a multitalented personality... had her first brush with fame... came back into the limelight...is not a married woman yet...in a serious relationship with...was dating...parted ways...was a performer from a very young age...list of filmographies includes...estimated net worth of...the height of... 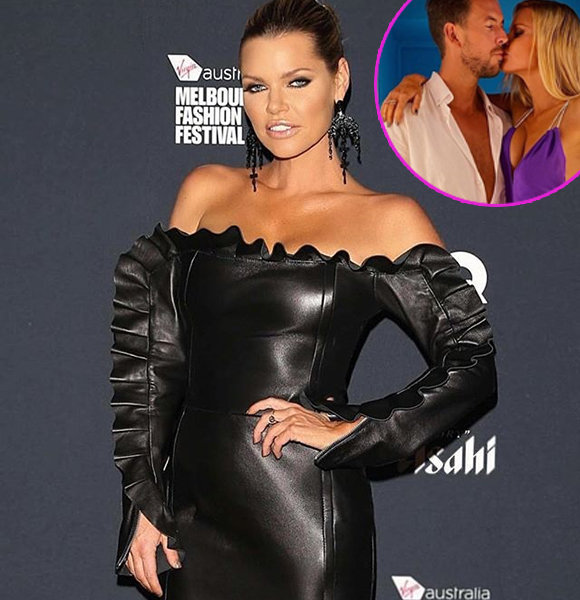 Australian singer Sophie Monk is a multitalented personality, who fits into many introductions. She is a pop star, actress, model, and a reality TV personality.

Sophie had her first brush with fame as a member of the girl group Bardot (2000). Most recently, she came back into the limelight in 2017 as a contestant in the Australian version of the hit show, The Bachelorette.

Curiosities regarding Sophie Monk's marital status are justifiable; since she was a contestant in the reality show- The Bachelorette.

Well, she is not married yet. However, Sophie is in a serious relationship with her marketing executive boyfriend, Joshua Gross. The couple met in an airplane when they were seated next to each other during an international flight.

Sophie and Joshua, who started the conversation, talking about champagne, eventually sparked romance. As of now, the couple is going pretty strong. Further, Sophie has been very vocal about wanting to get married and have kids with Joshua.

Before Joshua, Sophie was dating Stu Laundy whom she met during her time in the reality show Bachelorette(2017). They had even sparked engagement rumors along the way, but they were just baseless rumors, and the couple parted ways after six months of dating.

Sophie was a performer from a very young age. In her teens, she worked as a Marilyn Monroe-impersonator at Warner Bros Movie World.

She stumbled upon music career accidentally, as her mother saw an advertisement for a reality show that was looking for young girls to form a new girl's band. Sophie auditioned for the show, and eventually became a finalist on the show and later joined the group, Bardot.

The band released two albums, which went on to be a huge success, before parting ways in 2002. After that, Sophie pursued her solo career in music and acting. In music, she has only released one solo album, but she has had a lot of acting credits on her name.

You May Like:- Abigail Spencer Husband, Children, Net Worth

Well, with her impressive list of achievements throughout her career, it's pretty apparent that the multi-talented personality has amassed a significant wealth as her net worth. Putting her wealth in an exact figure, Sophie reportedly has an estimated net worth of $6 million.