By LRU Writer | On: April 17, 2019
Behind pop stars, there is an army of people working for their brand. Generally, these people work behind the scenes and rarely make their presence felt. But in April 2018, the world recognized the name of pop goddess Mariah Carey's former manager, Stella Bulochnikov, when she filed a lawsuit accusing the Someday singer of sexual harassment and unpaid wages. 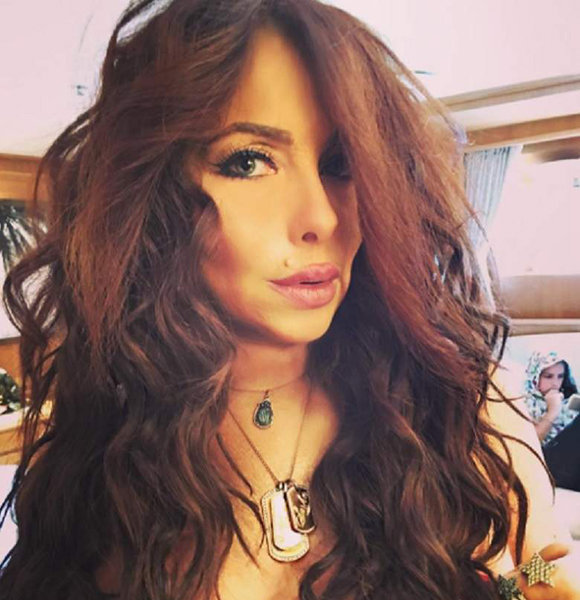 Behind pop stars, there is an army of people working for them. Generally, these people work behind the scenes and rarely make their presence felt.

The lawsuit was pretty explosive as Stella alleged that the pop star was frequently nude in her presence and even performed sexual acts in front of her. Things died down when the former manager-client duo settled the incident privately in January 2019.

But, the controversy resurfaced after their assistant manager, Lianna Shakhnazaryan filed a lawsuit against Mariah in March 2019. Lianna sued Mariah for ignoring the abuse and harassment done to her by Stella. But, in retrospect, Mariah sued Stella claiming that she should be responsible for the lawsuit of Lianna.

Mariah wants her former manager, Stella to compensate the assistant, who worked under them.

Due to all the controversies, Stella became a household name!

The high profile former manager, who celebrates her birthday on 18th April, was born in 1973.

Before her career took off, she tried her stint in comedy. The Russian native, age 45, participated in the Last Comic Standing in 2006 while she was pregnant with her second child. But, she got eliminated from the show.

Moving forward in her career, Stella found success in acting as a producer in T.I. & Tiny, Boss, and Master P's Family Values.

She was also credited as executive producer in shows; Paris's Hilton's My New BFF and Flavor Of Love Girls: Charm School. Her job as a manager of an A-list star, Mariah Carey was the first one until the three-year professional relationship ended with controversies. Stella Bulochnikov and Mariah Carey pose for a photo back in 2016 (Photo: www.dailymail.co.uk)

Before all hell broke loose, Stella was doing pretty well during her managerial stint with the pop singer.

On Personal Life Of Mariah Carey:- No More Secrets! Bryan Tanaka And Mariah Carey Make Out On The Beach

She had a pretty hefty salary which allowed her to purchase a mansion in Calabasas. Thus one can assume Stella had a decent net worth. But, when she lost her high profile job, she was forced to keep the estate on sale.

Insight Into Her Personal Life

Stella has a beautiful family with her husband. The couple has two beautiful teenage daughters Mishka and Sasha. Such is Stella’s relationship with her daughters that she calls them her best friends. The young girls are growing up pretty well. Elder Mishka even has a decent Instagram following of 13K. Additionally, Stella’s second daughter also loves musically and has declared her love for the social media app on her Instagram bio.

Surprisingly, even after coming from the internet-savvy family, Stella's husband doesn't have an Instagram account. It is his wife, who shares some snippets about him; otherwise, he is absent from the social media world.