By LRU Writer | On: April 05, 2019
AnnaSophia Robb burst into the acting scene as an eleven-year-old child actress portraying the titular character in the 2004 film Samantha: An American Holiday Girl... After her debut, she went on to star in countless blockbusters as well as critically acclaimed projects... A favorite among both fans and critics, the Denver Colorado-native possesses an equally impressive list of romantic escapades... 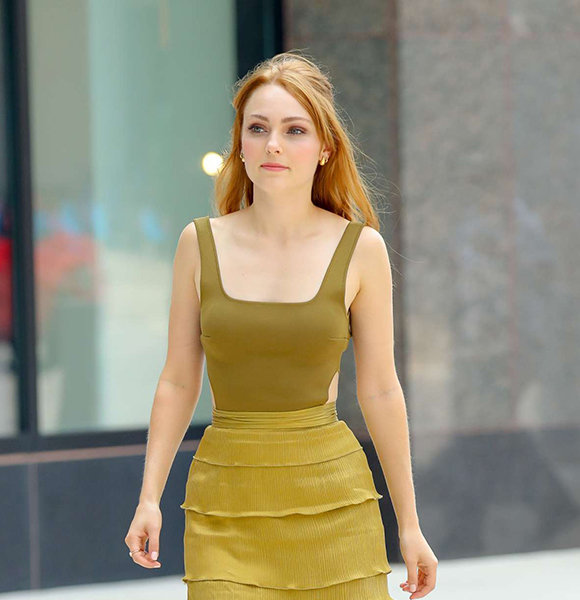 AnnaSophia Robb burst into the acting scene as an eleven-year-old child actress; portraying the titular character in the 2004 film Samantha: An American Holiday Girl.

After making her debut, she went on to star in countless blockbusters as well as critically acclaimed projects. A favorite among both critics and fanatics, the Denver Colorado-native possesses an equally impressive list of romantic escapades.

Read along to learn about her relationship status as well as her other personal details!

For as long as AnnaSophia can remember, she always possessed the aspiration to become an actress.

Named after her grandmother, AnnaSophia - now age 25 - eventually caught the attention of her first manager/agent at a scouting event. She and her family then moved to Los Angeles, where she landed her first gig in McDonald's commercial.

Industry standard dictates actress to fit specific body type. Standing at the height and weight of five feet and 108 pounds respectively, AnnaSophia defied all of them and went on carve a legacy of her own.

Following her debut in 2004, the 25-year-old actress lent her acting skills in films such as Bridge To Terabithia, Jumper, Charlie & The Chocolate Factory, The Reaping, and Words on Bathroom Walls.

Away from the big screen appearances, AnnaSophia has left a mark on TV as well starring in series such as The Carrie Diaries and The Mercy Street. In 2019, she starred as Lacey in the crime drama, The Act.

Suggested:- What Is Olivia Culpo Net Worth? Details From Height, Weight To Ethnicity

Through her acting endeavors, the Race to Witch Mountain star garnered a reported net worth of $8 million.

Dating Boyfriend Or Married With Husband?

Considering AnnaSophia's immense talent and an equally beautiful physical attribute to compliment it, one would expect her to have a husband by now. On the contrary, she's not even married once.

Despite her lackluster attempt to find herself a husband, the Stanford University Alum has enjoyed quite a dating life.

Beginning with her Bridge To Terabithia co-star Josh Hutcherson, AnnaSophia announced her foray into the dating scene in 2007.

When things didn't pan out between the lovebirds, she began seeing Alexander Ludwig, her Race to Witch Mountain co-star. Between 2008 and 2011, she and her former boyfriend's relationship became a hot topic.

In 2013, the Denver Colorado-native dabbled in a string of romances - mostly with her co-stars - including Colton Haynes, Nolan Gerard Funk, Austin Butler, Jake T. Austin, and Chris Wood. With her former boyfriend Chris Wood, AnnaSophia got involved twice. The second of which came in January 2017. Like the first, her next attempt to make right with Chris didn't go as planned, and the couple eventually parted ways in March 2017. Her ex-boyfriend is now engaged to Melissa Benoist.

Life coach Adam Cobb and actor Emile Hirsch are some other men, who successfully wooed the actress in the past. As things stand, the New York University Alum is not married and still in search of a perfect husband.