By LRU Writer | On: August 04, 2019
Stella Maxwell is a supermodel with the coveted Victoria's Secret Fashion Show appearance to her credit...With a height 5 feet 9 inches (1.75 m) complimented by weight of 54 kg armed alongside model like features...The model dated pop-singer...in 2015...Although, the gay romance... 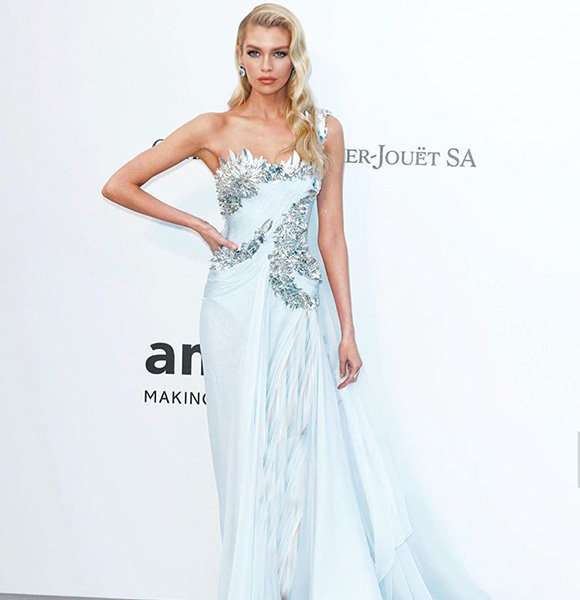 Stella Maxwell is a supermodel with the coveted Victoria's Secret Fashion Show appearance to her credit. She has worked with top brands, namely Puma, Ermanno Scervino, H&M, Alysi, Alexander McQueen, and Asos.

Stella was named No.1 on Maxim’s Hot 100 List in 2016. She has also graced the magazines as Elle, Glamour, and Vogue.

What Is Stella’s Net Worth?

With a height 5 feet 9 inches (1.75 m) complimented by weight of 54 kg and model-like features, Stella stood out from an early age. She was of age 14 years when she got discovered in New Zealand.

However, Stella, who boasts measurements 32-23-33 inches, didn’t take up the opportunity full time. She started doing modeling on the side while pursuing her education at Queen Margaret College and then at the University of Otago.

Post sucessful completion of her education, Stella warmed up to the modeling industry. Today, she is managed by The Lions modeling agency and earns an average salary of $47,499 per year, which adds to her net worth.

Also, the supermodel's over 4 million Instagram followers fetches her income via paid promotions.

Besides Stella’s modeling career, her romance rumors with A-list celebrities brought her name to the pop culture.

The model dated pop-singer Miley Cyrus in 2015. Although the gay romance caused a media frenzy, it was shorted lived.

After the high profile break-up, Stella got linked with another celebrity. It so happened that the Victoria Secret model visited her actress girlfriend, Kristen Stewart on the sets of the movie, Lizzie.

In 2017, she was spotted kissing Kristen at the back of a car. Her PDA with the Twilight actress continued after the pair made regular appearances at public places. Further, the actress-model duo took their relationship forward by moving in together. However, things didn’t work out between the celebrity pair as busy schedule along with far-shooting locations came in the way. Thus, news about their break up became public in December 2018.

Post the break-up, Stella’s ex-girlfriend got linked to stylist Sara Dinkin, courtesy of their Coachella 2019 appearance.

However, in July 2019, Stella reportedly got back together with her on-off girlfriend, Kristen in an Italian vacation. Since then, the lesbian couple has been seen together in public places like the airport.

Taking about Stella’s sexuality, she is bisexual. However, the supermodel hasn’t been publicly linked to a boyfriend till date.

Stella’s love, Kristen is one of the most famous faces on the planet. She shot to fame via Twilight movie in 2008. Along with with her character portrayal her alleged romance with on-screen love, Robert Pattinson became tabloid fodder.

However, the relationship hit rock bottom when the actress was caught cheating on her boyfriend with director Rupert Sanders. As Stella’s girlfriend comes with a complicated lovelife and A-list status, their relationship is always under massive scrutiny.