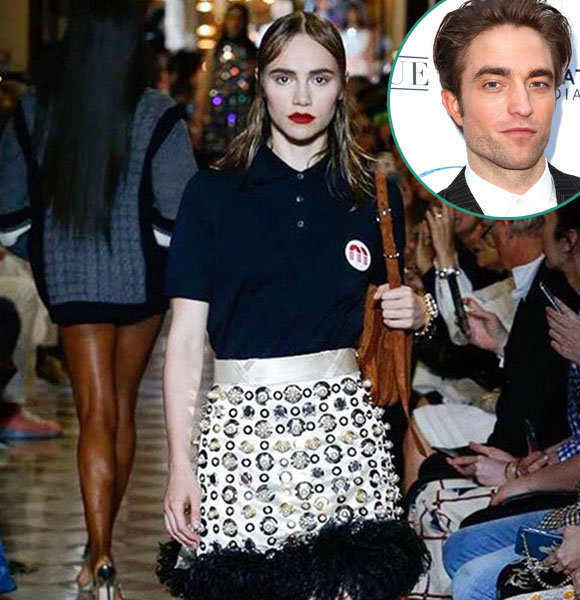 The Future World star is apparently dating the Twilight star, Robert Pattinson as confirmed by their London street PDA.

Over the weekend, Waterhouse and her rumored boyfriend were spotted together enjoying the nighttime screening of the movie, Mamma Mia! Here We Go Again, which was nothing less than a dream movie date.

The duo then left for SoHo House in Notting Hill for late-night drinks, but the pair heated the temperature on their way to home with their PDA. The rumored couple was photographed kissing in the street, hugging and the most romantic one- trying to dance together. As per an eye-witness,

"They were very close and cuddled and kissed many times. Robert was very affectionate to her and had his arm around her the whole way and Suki reciprocated by holding his hand and kissing it."

"They were very loved up and close. Robert stroked Suki's hair and gave her another loving kiss."

Despite being spotted together and open PDA on London street, the pair has not confirmed their romance.

"They are not dating nor are they together. It's true that they hung out in Sundance, but there's absolutely no truth to a romance."

"It's true that they hung out in Sundance, but there's absolutely no truth to a romance."

Waterhouse also followed two years of dating with Bradley Cooper until spring 2015. The actress also indulged into another affair, which remained as a brief fling ending in 2017.

You May Also Like:- Pierson Fode Wishes To Be Dating; Sparks Romance Rumors In An Interview

As for Robert Pattinson, this is the first time he has been such cozy with another woman after his famous split with former fiancée FKA Twigs in 2017, who he got engaged with back in 2014.

The actor also had the long-term romance with his Twilight costar Kristen Stewart before Twigs, which ruled media headlines for years.