By LRU Writer | On: November 15, 2019
The Real Housewives Of Dallas (RHOD) Stephanie Hollman opened up about her fair share of...do not shy away when it comes to talking about the procedures and the experiences...she resides in Dallas with her...tephanie is also blessed with two...making her one of the wealthiest... 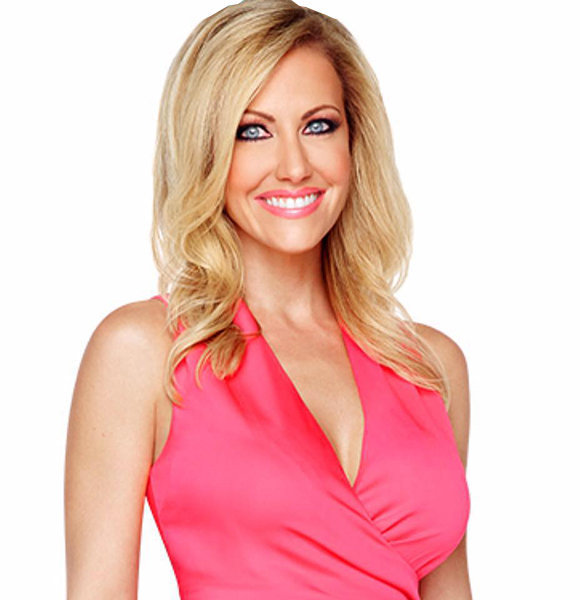 The Real Housewives Of Dallas (RHOD) Stephanie Hollman opened up about her fair share of struggles, especially her battle with depression and a past suicide attempt in September 2019.

Who would have guessed, even a gorgeous RHOD star with a ‘seemed like a perfect’ life living in a 'dream-like' mansion has her demons crawling underneath her skin.

Perhaps, her breast augmentation surgery done in 2016 is an indication of her inner struggle trying to maintain her perfect image in the limelight. However, plastic surgery is not uncommon for the women on Real Housewives, and most of them do not shy away when it comes to talking about the procedures and the experiences.

Who Is Stephanie’s Husband? Wedding?

Stepanie was born and raised in a small town in Oklahoma, but currently, as of 2019, she resides in Dallas with her businessman husband of 11 years. On 19th April 2019, Stephanie and her husband Travis Hollman, the CEO of Hollman Inc., celebrated their 11th anniversary. Stephanie even shared the happy moment in her Twitter and thanked her husband for being loving and supportive throughout their marriage.

Happy 11 year anniversary @travishollman. Thank you for loving me for who I am and for being such an incredible husband and father. Cheers to a lifetime together. I love you so much.

The couple seems perfectly alright, sharing their personal life on special occasions, such as birthday and anniversary, as well as their feelings for each other in their social media. The self-proclaimed ‘funpreneur’ Travis even shared a wedding picture with his beautiful wife on October 2018, and in the comment, he posted:

I just love wedding pictures when you are grabbing your new wife’s nice little a**. I still love you Peanut!!

It does seem that the duo relationship has not faded away with time since the day they met through a mutual friend over dinner and wine, ‘drunk love at first sight,’ as described in the RHOD show.

In addition to their perfect setting and beautiful mansion, Stephanie is also blessed with two sons, 8-year-old Cruz and a 10-year-old Chance.

The reality star with a height of 5 feet 8 inches (1.72 m) was born on 13th June 1980 to Frank and Susan Hays. Her father, Frank, is a veteran, whereas her mother, Susan, is a Counselor. Further, she has a sister Tiffanie Keys, who is married to volunteer firefighter Tyler Keys.

Stephanie has a close-knit family and often posts pictures with her family members in her Twitter, Instagram, and other social media, which has over 75 k followers.

If you are wondering about the net worth of this combo of beauty and brain at age 39, her successful entrepreneur husband and she shares a net worth of estimated $ 20 million, making her one of the wealthiest Real Housewives of Dallas.