By LRU Writer | On: October 01, 2018
Comedian Steve Byrne is a well-known figure in the business of stand up comedy...Famous for making his content based on his own married and personal life, Steve is one of the few comedians who can turn anything into a joke...Further, he also boasts a loving family even though some may think he has taken his wife for granted...But in reality, he is a loving husband and father with a weird sense of humor... 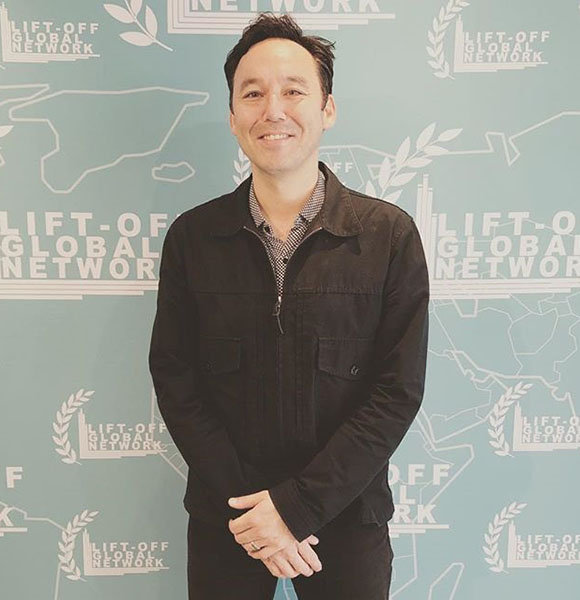 Comedian Steve Byrne is a well-known figure in the business of stand up comedy. Famous for making his content based on his own married and personal life, Steve is one of the few comedians who can turn anything into a joke.

But his sincerity reflects in his family space, where he is much more than a comedian - a loving husband and father with a weird sense of humor.

While some may think he has taken his wife for granted, he shares a deep love for his family, with, of course, a little bit of humor too.

The Freehold Township, New Jersey native, Steve Byrne turned himself into a married man in 2011 when he made his girlfriend Jessica into his wife.

Steve who doesn't prefer in revealing many details about his personal life, has not disclosed much about his wedding which was a fairly secret event. No photographs or any other arrangements of the wedding has been disclosed to the public.

But what disclosed nearly a year after Steve's wedding was his wife giving birth to a daughter in 2012. The child's name, however, has not been disclosed due to privacy issues.

Like many comedians do, Steve has also included his married life and wife in his comic contents. In fact, the comedian is famous for making jokes about his wife, marriage on his stand up performances and even during interviews.

Back in 2012, during an interview with KoreAm magazine, Steve was asked if he was willing to continue doing stand up even if his show Sullivan & Son became a success.

In response, he made a joke that if his show ever succeeded he would go live off his life in Los Angeles and slowly distance himself from his wife and would start doing drugs thus ruining his married life.

"I plan on going to Vegas and buying a condo there and keep my wife here and slowly drift away from her and just do cocaine and hang out with strippers and ruin my marriage and eventually my career. That’s ultimately where I see this going in about six months."

Obviously, it was only meant as a joke and nothing sort of his plans happened in the future even though he never stopped making weird comments about his married life.

On 2 May 2013, he shared a tweet mentioning that he was about to renew his wedding vows at a McDonalds just like Mariah Carey and Nick Cannon did at Disneyland.

"@MariahCarey & @NickCannon shut down @Disneyland to renew their wedding vows. I'll be doing the same with my wife at a @McDonalds PlayPlace"

Further, he incorporates his married life jokes on his stand up performances and on one instance he even told Twitter to stop asking for his phone number as he was a married man.

Recently on 11 May 2018, he mentioned a wife who had killed her husband and others saying that he had surprised his wife with a whoopie cushion.

Although Steve has not disclosed explicit details about his wife, his constant jokes about his married life can be seen as his sense of humor and his love towards his wife.

Stand Up Comedian's Net Worth In Millions

Steve, who proclaims a net worth of $5 million, is a comedian who made his debut in 1997.

His stand up performance in 2006 was voted as one of the top 20 comic acts in the history of Comedy Central. Apart from his primary genre, Steve is also an actor and is known for his hilarious performances in his show Sullivan & Son. Further, the comedian has also acted in movies like Four Christmases and Couples Retreat.

The 44-year-old comedian has not made any updates on his upcoming projects or stand up acts; he seems to be busy at the moment and may soon return to the stage or screen.